By the time the CIAA Tournament shifted from the preliminary rounds at the Bojangles Center to the Spectrum Center it had already ended for Bowie State.  The Bulldogs and the Lady Bulldogs didn’t make to the semifinals in what was considered to be disappointment for their program.

The BSU men had been inconsistent all season and the roller coaster season was trending downward heading into the tournament.  Three consecutive losses to end the season was a prelude to what transpired once their season went to its one and done format.

In their opener against Fayetteville St. the Bulldogs showed flashes they might be able to pull off an upset.  BSU placed four players in double figures to beat Fayetteville State 77-55 in the quarterfinals. Cameron Hayes came off the bench to lead all scorers with 16 points.  Keith Duffin Jr. added 14 points while David Belle chipped in 13.  Rinardo Perry joined the Bulldogs double figure scorers with 10 points.  Saiquan Jamison led all players with 14 rebounds.

Jamison was the only BSU men’s player to earn all-CIAA honors this season.  The All-CIAA honor is Jamison’s first as he ranked first in NCAA Division II offensive rebounds with 144 and led the CIAA in rebounding average 10.8 per game.

Unfortunately for the Bulldogs Jamison wasn’t enough to propel them past Livingstone in the quarterfinals thanks to 21 turnovers.  Hayes, once again, provided a lift from the bench with another game-high 21 points. Rinardo Perry dropped 15 points and Belle had 11 points and 10 rebounds for the Bulldogs.  However, BSU only shot 35.1 percent from the floor and the rebounding kept the Bulldogs in the game.  Jamison was huge on the glass snatching a game-high 15 rebounds.

But in a game featuring 11 lead changes and 15 ties, the game was deadlocked at 61-61 with just under five minutes remaining.  During that final stretch, the Bulldogs were outscored 18-13 as Livingstone also made 10 of their final 13 free throws.  Roger Ray, who scored 19 points to lead the Blue Bears, made two free throws with 12 seconds left, helping them advance with a 79-74 win to end BSU’s season at 17-13.

“We turned the ball over too much in the second half,” Bowie State head coach Darrell Brooks said. “[Livingstone] is a team that plays at a frantic pace. They score a lot off turnovers.”

Meanwhile, the Lady Bulldogs rolled into the tournament feeling like they had the key to beating Virginia Union who would ultimately win the championship.  After beating the best team in the conference on their home floor during the regular season, it was reasonable to assume they would get another crack at the team who has set the recent standard of excellence for the women’s programs in the conference for the last four years.

That wasn’t meant to be as Elizabeth City State had other plans.  The Lady Vikings Asia Deal led all scorers with 20 points and three rebounds while Jalyn Brown added 18 points, four rebounds, two assists and two steals as they upset BSU 59-56.

Kyaja Williams led Bowie State with 16 points and eight rebounds while Dynaisha Christian chipped in 13 points and 12 rebounds and Pere Alexander contributed 10 points and six rebounds in the season ending effort.  Williams and Alexander were named to the CIAA all conference while coach Shadae Swan was named the coach of the year.

Nonetheless, the individual accolades couldn’t offset the thought of the opportunity that slipped away from the Lady Bulldogs who looked poised to make a run at the champion, but couldn’t make it to the big stage. 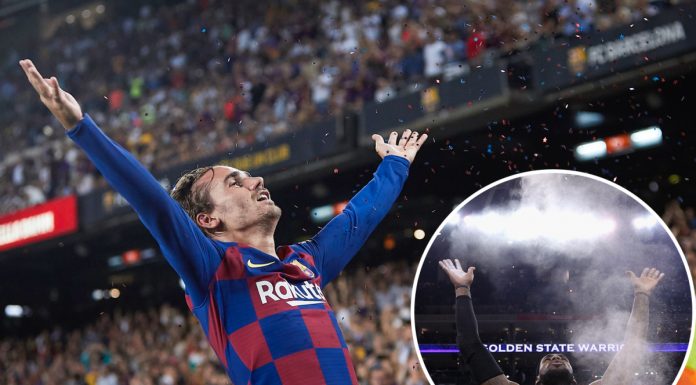 Norway vs Northern Ireland LIVE plus Germany vs Azerbaijan

Chelsea told to stump up £90MILLION for Kai Havertz or forget about transfer as...