NEW YORK, NEW YORK – SEPTEMBER 04: Novak Djokovic of Serbia returns a volley during his Men‚Äôs Singles third round match against Jan-Lennard Struff of Germany on Day Five of the 2020 US Open at USTA Billie Jean King National Tennis Center on September 04, 2020 in the Queens borough of New York City. Matthew Stockman/Getty Images/AFP

Novak Djokovic sailed into the last 16 of the US Open on Friday as off-court intrigue forced the delay of a men’s singles match over issues linked to coronavirus.

Djokovic outclassed Germany’s Jan-Lennard Struff 6-3, 6-3, 6-1 in a routine victory for the world number one, who is chasing an 18th Grand Slam singles title.

The intervention led to a back and forth between tournament organizers and the state government and resulted in the match, which Zverev won in four sets, starting over three hours late.

“It was a weird situation for me,” said Mannarino, one of 11 players put under enhanced safety protocols earlier this week after compatriot Benoit Paire was withdrawn from the tournament after testing positive for coronavirus.

Zverev will now play unseeded Spaniard Alejandro Davidovich Fokina in the last 16 while Djokovic will play Spain’s Pablo Carreno Busta for a place in the quarter-finals.

Earlier, Japan’s Naomi Osaka battled into the last 16 of the women’s draw.

The Japanese fourth seed, who threw her racquet in frustration after losing the second set on tie-break, prevailed 6-3, 6-7 (4/7), 6-2 against the world number 137.

“I just felt like I had so many points that I didn’t capitalise on. I think when I went up, I became a bit passive and then she came in because she has no fear,” said Osaka, 22.

Her experience came to the fore in the deciding set as she held her serve and broke Kostyuk twice to set up a match against 14th seed Anett Kontaveit of Estonia for a place in the quarter-finals.

Martic will play Yulia Putintseva of Kazakhstan in the last 16 after the 23rd seed powered past Vera Lapko of Belarus 6-3, 6-3.

Kerber, the 2016 US Open champion, will go up against Jennifer Brady for a quarter-final spot after the American 28th seed knocked out France’s Caroline Garcia 6-3, 6-3.

Garcia had provided the biggest upset of the tournament on Wednesday when she eliminated top seed Karolina Pliskova.

Coric appeared to be heading for certain defeat after Tsitsipas, leading by two sets to one, opened up a 5-1 lead in the fourth.

But Coric rallied superbly, saving six match points and fighting back to take the set 7-5 to force a decider.

Fritz, 22 was within two points of victory before the 21-year-old Shapovalov completed a remarkable comeback.

“I think we both deserved to win,” said Shapovalov. “It was great tennis and I think I just got a little bit lucky.”

The Canadian will do battle with seventh seed David Goffin for a place in the quarter-finals after the Belgian brushed aside Serbia’s 26th seed Filip Krajinovic 6-1, 7-6 (7/5), 6-4.

Britain’s involvement in the singles ended on Friday with both Dan Evans and Cameron Norrie exiting. 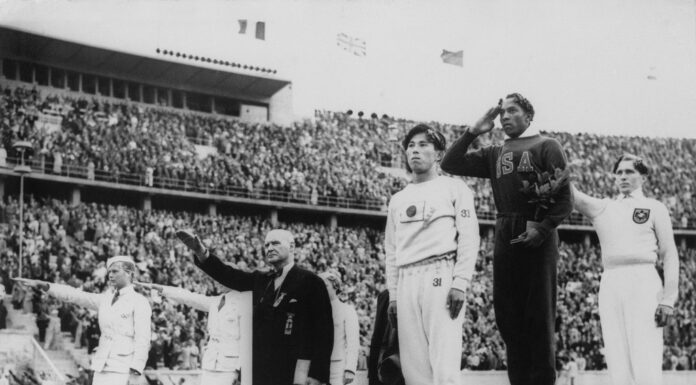 Irish swimmers in with chance of World Championship medals tonight