Novak Djokovic admits he knows absolutely nothing about Daniel Galan, the world number 153 from Colombia who stands in his way of a place in the last 16 at Roland Garros on Saturday.

That may be just as well as Galan, a 24-year-old lucky loser from qualifying, says he’s not a “diehard follower” of the world number one.

“I don’t know much about him, to be honest,” said Djokovic, the 2016 French Open champion who is chasing an 18th Grand Slam title.

“I have never seen him play, so I’ll have to obviously look at his matches, the videos, and try to prepare myself with my team.

“I know he played qualifications here, so he’s got quite a lot of matches already in these conditions, which definitely helps.”

Djokovic, whose 2020 record now stands at 33 wins against just one loss, is bidding to become the first man in half a century to win all four Slams twice.

His second round win over Ricardas Berankis was his 70th at the tournament. The 33-year-old has now won at least 70 matches at all the majors.

By contrast, Galan’s only two wins at the Slams have come in Paris this week.

“As a child I grew up with the rivalry between (Roger) Federer and (Marat) Safin,” said Galan.

“When I was older I admired (Rafael) Nadal for what he has achieved.”

Galan was one of nine players outside the top 100 to have reached the third round, the most in Paris since 1985.

“Djokovic has no weaknesses, although I am not saying that he is invincible, otherwise he would never have lost a match,” added Galan, the first Colombian to reach the third round of a major since Santiago Giraldo in Paris in 2012.

Tsitsipas had to come back from two sets down to defeat Jaume Munar in the first round but then swept past Uruguayan clay court specialist Pablo Cuevas for the loss of just seven games.

Russian 13th seed Andrey Rublev, the champion on clay in Hamburg on the eve of Roland Garros, faces veteran South African Kevin Anderson who has been in the fourth round on four occasions.

The New York-born Badosa, ranked 87, is making her Roland Garros debut and marked the occasion by stunning former US Open champion and 2018 Roland Garros finalist Sloane Stephens in the second round.

Spain’s Garbine Muguruza, the 2016 champion in Paris and seeded 11 this year, plays Danielle Collins of the United States who is enjoying her best run at the tournament.

Burel is Zhang’s second successive French opponent this week having defeated Alize Cornet in the second round.

“Since the start of the week, it’s been a bit crazy,” admitted Burel who made the third round by beating fellow teenager Kaja Juvan.

Juvan had defeated her at the 2018 Youth Olympics in Buenos Aires.

“That loss had really hurt a lot.”

The 100th-ranked Fernandez, just 18, won the girls’ title in Paris last year and is now making waves on her main draw debut after taking down 31st seed Magda Linette and 47th-ranked Polona Hercog. 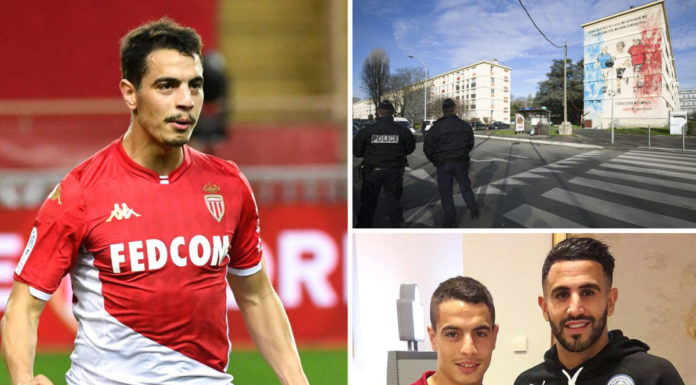