Serbia’s Novak Djokovic (L) celebrates with teammate Filip Krajinovic (R) after winning against Canada’s Milos Raonic and Denis Shapovalov during their group A men’s doubles tennis match on day one of the 2021 ATP Cup in Melbourne on February 2, 2021. (Photo by DAVID GRAY / AFP) /

World number one Novak Djokovic said the future of men’s tennis was in good hands Tuesday, praising the new generation for showing “courage and boldness” in their pursuit of Grand Slam glory.

Djokovic, Rafael Nadal and Roger Federer have dominated the sport over the past 15 years, holding a vice-like grip on the major titles, with 57 between them.

But their reign is being threatened, with Dominic Thiem winning the US Open last year and the likes of Alexander Zverev and Stefanos Tsitsipas knocking on the door.

With the big three getting older, 17-time Grand Slam winner Djokovic said it was good to see the next generation performing well.

“It’s great for the sport that we have new Grand Slam champions,” he said after leading Serbia to a 2-1 win over Canada in the ATP Cup.

“We have new successful young players that are showing the courage and boldness, coming into the biggest stadiums in sport, willing to take on the biggest challenge in facing especially the three of us, fighting for the biggest title.

“There are a few of them that are very close. They have huge potential. Obviously, there’s still a lot of time ahead of them.”

He pointed to Greece’s Tsitsipas, Germany’s Zverev, Canada’s Denis Shapovalov and Italy’s Matteo Berrettini as capable of breaking through.

“You have a lot of players. I think the future of tennis is in good hands, without a doubt,” he said.

Djokovic, who will attempt to win an unprecedented ninth Australian Open title when the tournament begins next week, added that once players got over the hurdle of winning a first Slam, it got easier.

“I know how it feels working your way up in the men’s tennis world, trying to clinch the first Grand Slam title,” he said.

“It’s climbing Mount Everest kind of experience until you do it. Then when you reach that, when you achieve such a great achievement, then of course there’s a huge kind of burden and monkey off your back. After that, you’re entering a new era of your career.”

But Djokovic isn’t ready to relinquish his crown just yet, adding with a smile: “Rafa, Roger and myself are going to make sure that doesn’t happen for another 10 years at least.” 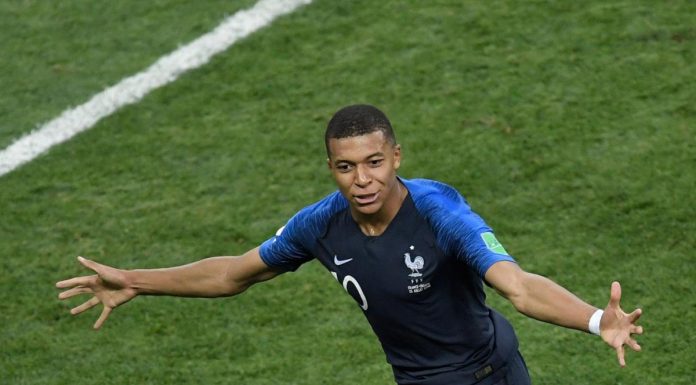 Who is Neymar’s dad, was Neymar Sr also a professional footballer, and what role does he work with his son?