Novak Djokovic of Serbia celebrates after defeating Juan Ignacio Londero of Argentina during their Round Two Men’s Singles tennis match at the 2019 US Open at the USTA Billie Jean King National Tennis Center in New York on August 28, 2019. (Photo by Don EMMERT / AFP)

Defending champion, Novak Djokovic battled through a shoulder injury to make the US Open third round with a win over Argentina’s Juan Ignacio Londero.

“It was definitely affecting my serve and my backhand,” said Djokovic, who lost his serve five times.

The Serb added he had not felt that “kind of sensation too many times” in his career.

“I didn’t know if I would be able to finish the match. I’m really glad I have,” he said.

Fellow Serb Dusan Lajovic will be Djokovic’s next opponent if he beats American Denis Kudla.

Their meeting was one of the many second-round matches cancelled on Wednesday after rain decimated play in New York.

Only the eight matches played underneath the closed roofs on Arthur Ashe Stadium – where 16-time Grand Slam champion Djokovic beat Londero in the first match of the night session – and Louis Armstrong Stadium survived the drizzle which fell for the majority of the third day.

Djokovic, 32, is favourite to win his fourth title at Flushing Meadows after winning four of the past five Grand Slams, yet the sight of him needing intense massages in his second-round match may provide hope to his rivals that the Serb is not invincible.

Djokovic asked for a first medical timeout immediately before breaking back for 3-3 in the first set, calling the trainer again moments after he clinched the opener by outlasting Londero in a 22-shot rally.

Londero, who had never played in the main draw at Flushing Meadows until this tournament, managed to take advantage in a fluctuating second set where he led 3-0 and trailed 5-3 before forcing a tie-break.

However, Djokovic upped the intensity to dominate the second-set decider and encountered few problems from then on.

Meanwhile, Serena Williams fought back from a set down to beat American teenager Caty McNally in an entertaining late-night match at the US Open.

“I survived tonight. I am not too pleased with the way I played at all, but it’s OK, I’m alive. I’ll do better. I promise,” said Williams.

The 23-time Grand Slam champion will play Czech Karolina Muchova or Taiwan’s Hsieh Su-wei in the third round.

Williams thrashed long-time rival Maria Sharapova in the opening round on Monday but was given a much sterner test by McNally on the 17-year-old’s first main-draw appearance at Flushing Meadows.

McNally, ranked 121st in the world, constructed some excellent points as she tried to move Williams around the court and it proved successful when she claimed the first breakpoint of the match for a 6-5 lead.

After fighting off three break-back points, McNally sealed the set at the second attempt to move halfway to a famous victory against one of the all-time greats, who had already won the 1999 US Open before McNally was born on November 2001.

Eventually Williams found a level closer to her best, breaking for a 4-2 lead in the second set and levelling after missing four set points on McNally’s serve. 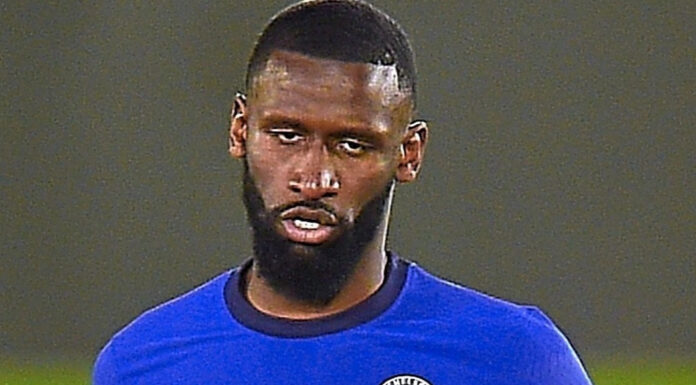 What happened to players called the ‘Next Messi’, from youngest LaLiga star Romero to...