DAVID MOYES has set a target of four wins to keep West Ham up — and keep hold of Declan Rice.

Hammers boss Moyes  reckons England star Rice, 21, is the best defensive midfielder in the land and would be sure to leave if the club gets relegated.

The Irons are in the drop zone and embark upon a hellish run of fixtures this month starting with a trip to Manchester City tomorrow.

Moyes said: “I’ve always looked at the win column. To stay in the Premier League you need to get ten wins.

“That’s my amateur mathematics. But if you get ten wins you tend to get enough draws to get you 38, 39 points by the end of the season. I’m really only looking at the next one.

“You’ve got to pick up what you can on the road and make your home wins really important.

“Declan, in my mind at the moment, is arguably the best holding midfield player in the country.

‘HE’S CARRYING A LOT OF THE TEAM’

“Quite often in the story of building a football club you have to sell. You may have to do it. It’s just the way on the journey. I hope it’s not the case with Declan.

“I have only spoken to Declan about the next game, or his last game and what we can do to get better. Never his future.

To be fair, Declan’s never mentioned it because he’s been totally focused on his training and his commitment.

Loan signing Tomas Soucek is likely to get the nod against City, with new £20million man Jarrod Bowen eased in over the next few weeks.

Manchester United, Rice’s former club Chelsea and Arsenal would all be frontrunners to the sign £70m-rated star — a price which would plummet upon relegation.

Struggling West Ham have won only four Premier League games since August and one of those was Moyes’ first game in charge against Bournemouth on New Year’s Day.

They still have to face Liverpool, Chelsea, Arsenal, Tottenham and Manchester United this season.

Moyes is also caught in the crossfire of a war between some of their die-hard fans and the board of directors.

The new boss has asked them to divert their anger towards helping the team and away from the club hierarchy.
Moyes said: “I could do with their help, especially in the home games.

“Away from home, great, but in home games, we need them to challenge decisions, to question what’s going on, to support the team.

“We’re getting the wrong end of it and I need to try to turn that into more positives if I can.

“How can I do that? Maybe the supporters could help us persuade people’s thinking.”

Moyes hopes the return of former skipper Kevin Nolan, 37, as first-team coach will be a big boost for the club.

He said: “He is young, he is not that long out of playing. And he has been a manager. I like that. I like my staff members to have been in management.

“Once you have done the job you sit back and say it’s a tough gig.” 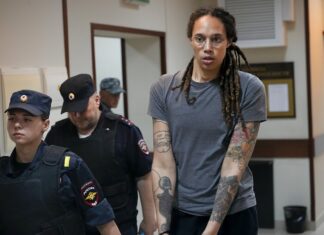