The noteworthy contributions of a local HBCU student-athlete have not gone unnoticed.

Salma Gonzalez, a Coppin State University volleyball player, has devoted her entire collegiate career to excelling academically, athletically and impacting her campus community, making her the perfect candidate for MEAC’s (Mid-Eastern Athletic Conference) 2021 Woman of the Year Award. The conference office made the announcement July 13.

Gonzalez, a 5-foot-8 setter, was the first CSU student-athlete to win the distinguished honor since track and field star Christina Epps in 2014. Gonzalez joins basketball standout Anthony Tarke, winner of MEAC Player of the Year, as another Coppin State athlete to earn a notable conference award this season.

Every year since 2006, the Woman of the Year is selected by the MEAC Senior Woman Administrators, and celebrates the achievements of senior female student-athletes who thrived in academics, athletics, service and leadership.

Gonzalez found out she won the MEAC Woman of the Year award after a phone call from CSU athletic communications director Steven Kramer, and was in utter shock. “Kramer called me and he just told me, and I honestly couldn’t believe it,” said Gonzalez, who just graduated in May with a bachelor’s degree in biology and a minor in chemistry. “I started crying because I honestly could not believe it.”

As a three-time MEAC All-Academic honoree, Gonzalez visibly excelled in the classroom, also finishing with a 3.61 GPA. And she isn’t through quite yet — she has enrolled in the graduate program at Campbellsville University (Kentucky) where she will pursue a master’s in sports marketing with a career focus in the sports media, management or marketing fields.

Ultimately, Gonzalez wants to open a volleyball facility in her hometown of Isabela, Puerto Rico she said, helping put other young women on a path to success and achieving their dreams. “Initially I was super excited, I was proud of her. It was just a nice cap to our season,” said Coach Tim Walsh, characterizing Gonzalez as a “well-rounded individual.”

Throughout Gonzalez’s tenure at Coppin, she remained active in the campus community, representing Coppin State in the Virtual Latinx Convention in 2020 and leading a Coppin State North Avenue Cleanup.

On top of her contributions to the CSU community, Gonzalez has tirelessly engaged in community service efforts back home in Puerto Rico. While at Savannah State and Coppin State, she delivered virtual orientations for student-athletes from Puerto Rico on the athletic scholarship process. “I feel like for the campus community [winning this award] means big. It just means that no matter how small Coppin is, the people at Coppin have big hearts and they always lead by example,” said Gonzalez, also a winner of the 2020-21 CSU President’s Eagle Award.

“For me personally, it just brings a lot of joy in my life. There’s not a lot of opportunities where I get awards like these, and it just tells me that I’m doing something right, and that I’m going down the right path honestly.”

Moreover, she has participated in camps and organized a food and supply drive, and assisted in collecting sporting goods in support of earthquake victims in Puerto Rico after Hurricane Maria struck in fall 2017.

When she was 15 years old, Gonzalez moved to the U.S. from Puerto Rico to pursue her volleyball career. She resided in Florida and was a standout at West Port High School before joining the volleyball program at Savannah State.

In 2019, Gonzalez transferred to Coppin State after noticing how family-oriented the volleyball program was. The setter contributed to CSU’s first Northern Division championship in program history and an appearance in the MEAC title game against N.C. A&T.

For the season, Gonzalez totaled 93 kills in 60 sets played, 21 aces and was second on the team with 133 digs to help the Eagles finish their historic season with an 11-5 overall record.

According to a CSU Athletics release, Gonzalez is now a candidate for the NCAA Woman of the Year, which will be announced in the fall. 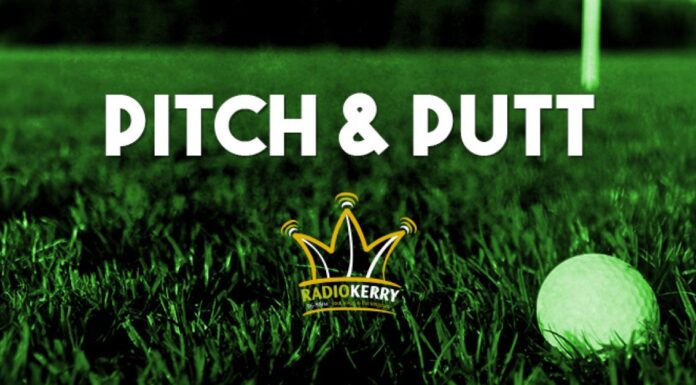 Brazil 3 Venezuela 0: Copa America hosts off to a flyer as Neymar and...