Zlatko Dalic enjoyed a special return to Bosnia as he was given a hero’s welcome following Croatia’s brilliant World Cup campaign in Russia.

Dalic – born in Livno – was greeted in style by Bosnian Croats as he attended an event at a local football stadium in his hometown on Tuesday evening.

Supporters turned out in their thousands to welcome back their hero from Russia before bright flares and fireworks were spectacularly set off to celebrate Dalic’s brilliant achievements.

Bosnia and Herzegovina and Croatia’s diplomatic relations started with the latter recognising the former in 1992.

Both countries signed an agreement of mutual friendship and co-operation the same year.

They have signed various treaties and relations have been amicable since.

51-year-old Dalic, who saw his side progress to the World Cup final by beating England during extra-time in the semis, was pictured addressing the jubilant crowd in Livno as he thanked them for making their way over to support him.

Furthermore, Marko Perkovic – a Croatian musician who has been the lead singer of the band Thompson since 1991 – performed during the bright and loud ceremony for Dalic.

Dalic will remember this summer for the rest of his life after enjoying a remarkable campaign with Croatia in Russia.

Against the odds, Dalic led Croatia to the World Cup final after beating Denmark, Russia and England in the knockout stages before losing to France 4-2 at the Luzhniki Stadium.

Following Croatia’s impressive run at the World Cup, Dalic labelled himself as the second best coach in the world. 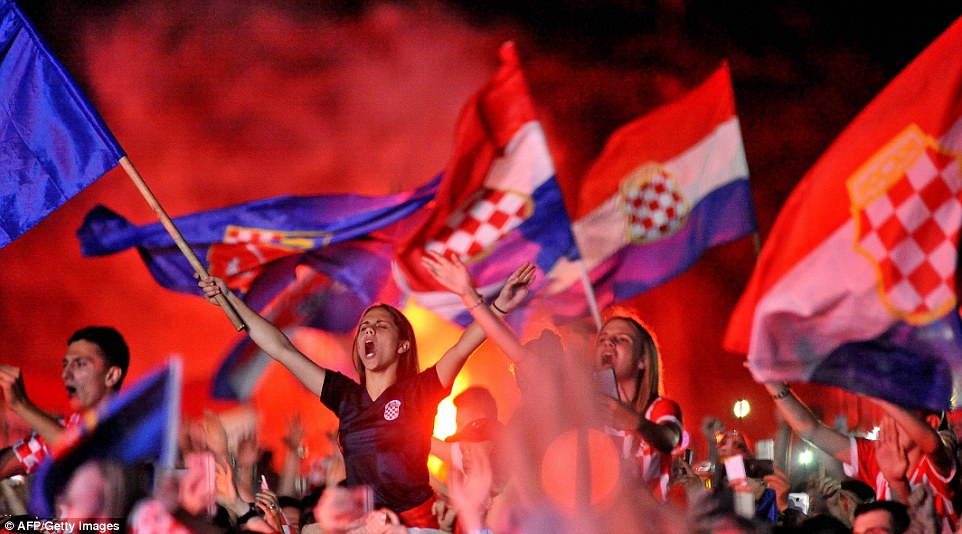 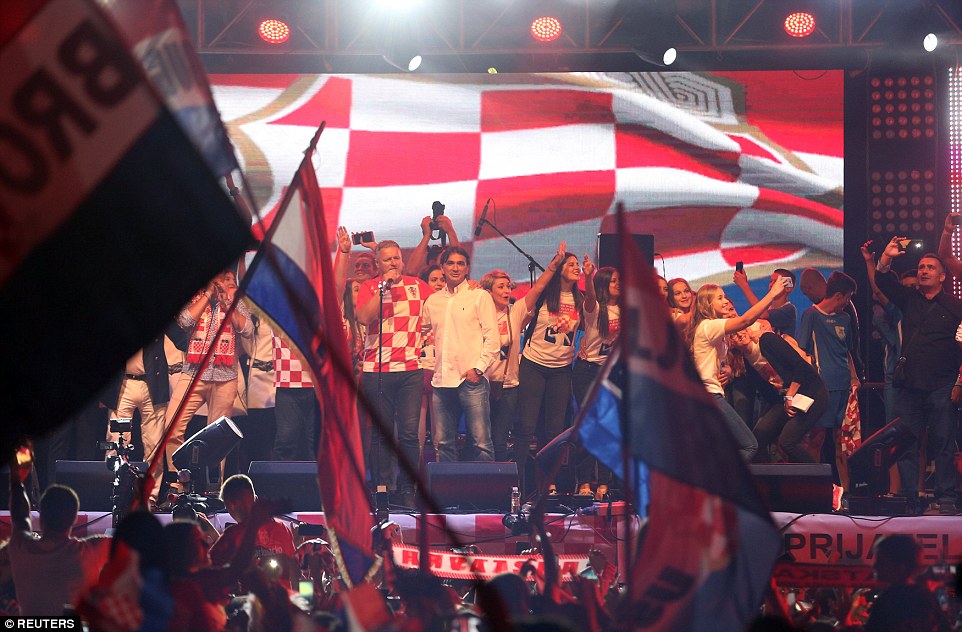 Dalic, who claims he is the ‘second best coach in the world’, addresses the crowd while on stage in Livno 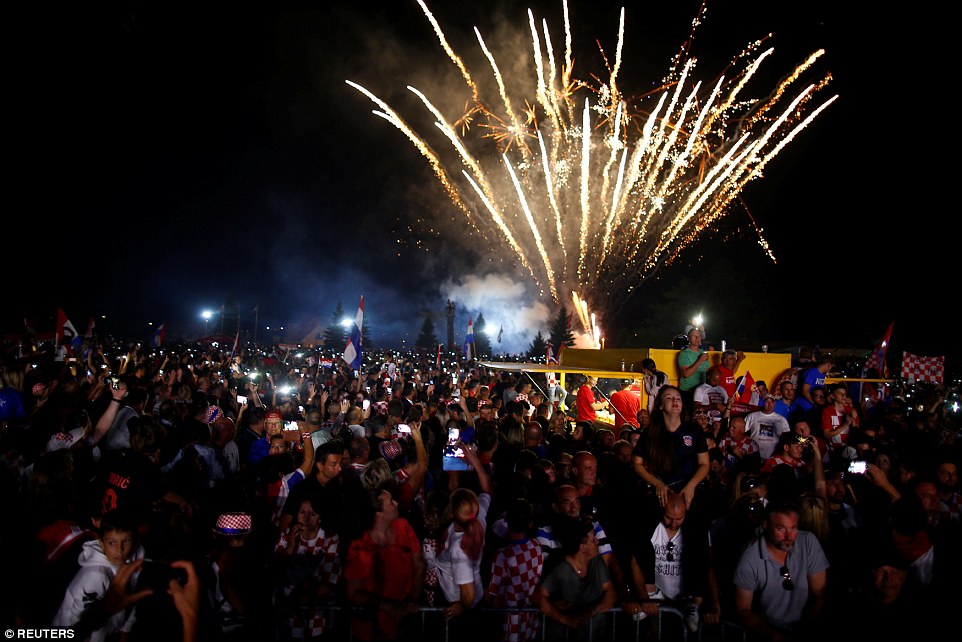 The 51-year-old has two years to run on his existing contract and now believes he is also worthy of a bumper new salary in keeping with some of the highest paid managers on the planet.

‘Like it or not, I am the second best coach in the world,’ Dalic told Croatian newspaper Vecernji list.

‘And this figure of £3.8m per year for the second coach in the world is too small!

‘I have two years on my contract left and I can stay with the team for that long, but I said that after the tour of United States [in March] I made the decision to go.

‘I cannot stand that people who kicked the ball twice in their lifetime decide about my destiny on the Croatian bench! I’m independent and unburdened, but I cannot let anyone play with me and have someone try to dismiss me in two months.’ 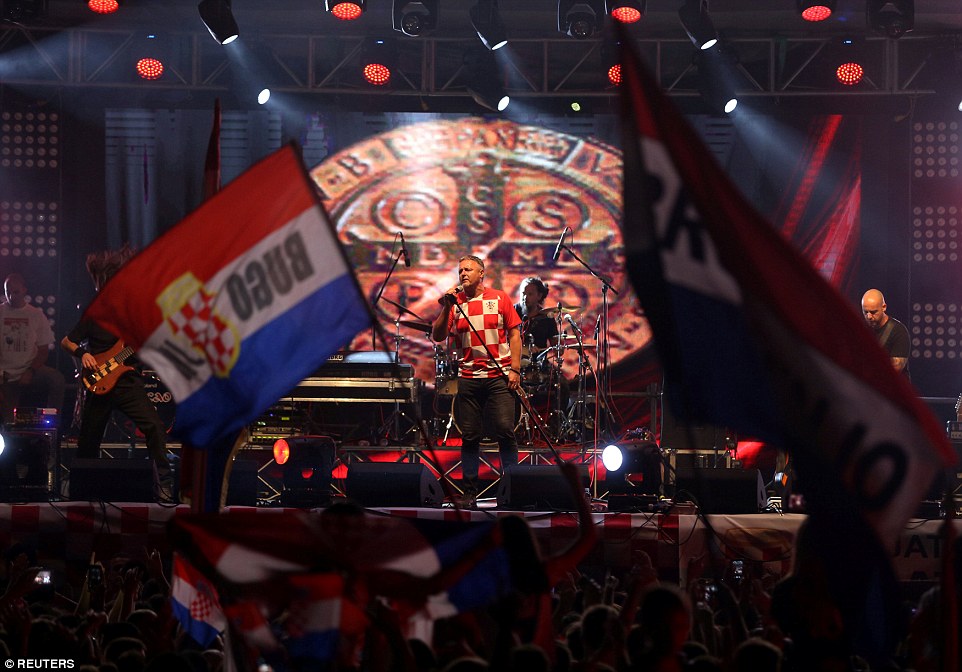 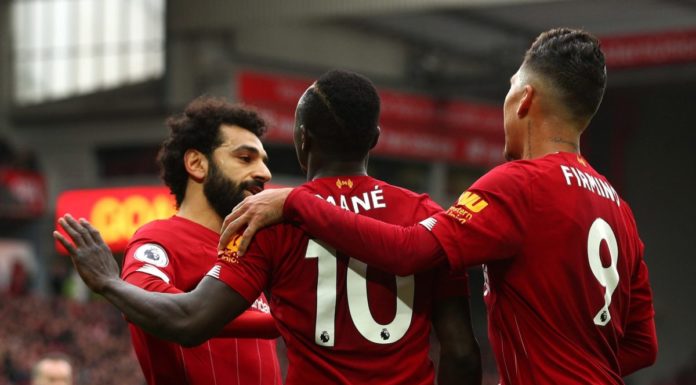 Eric Dier CLIMBS into Tottenham stand and confronts fans as alleged altercation over his...