Saudi league rules dictate that clubs can only register eight foreign players in their respective squads.

Prior to Ronaldo’s stunning arrival, Al-Nassr already possessed eight non-Saudi players – meaning that one was going to have to leave.

According to RMC Sport, Aboubakar’s contract was terminated by mutual consent – with the Cameroonian being compensated and now a free agent.

His departure means that Ronaldo can be registered to play for his new side.

But the 37-year-old must first serve the ban he received for knocking a mobile phone out of a 14-year-old’s hands last November. 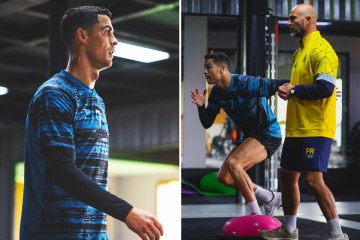 He missed the first match of his two-game suspension yesterday, as Al-Nassr beat Al-Ta’ee 2-0 – with Ronaldo watching on from the stands.

Ronaldo will remain banned for his new team’s trip to Al-Shabab next Saturday, before becoming eligible to make his debut in the January 22 home clash with Ettifaq.

The forward has begun training with his new side, donning his new Al-Nassr gear as he hit the gym.

Aboubakar, meanwhile, has been linked with a move to replace Ronaldo at Old Trafford.

United chiefs are keen to recruit a striker in January, but don’t have a big budget to do so amid uncertainty regarding the Glazers’ future as owners.

Aboubakar’s availability as a free agent could attract a swoop from the Red Devils.

Erik ten Hag’s side have also been linked with their manager’s compatriot Wout Weghorst. 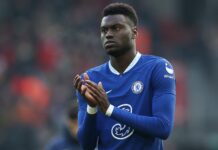 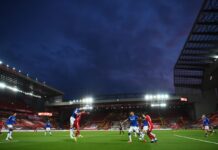 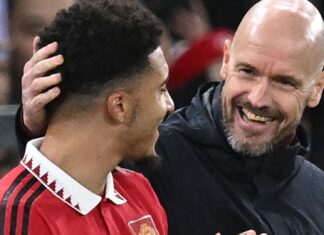