Dingle 0-16 – 0-8 St. Mary’s Cahersiveen
A moments silence was observed by all in Páirc an Ághasaigh on the passing of Nora Curran of Dingle.

Currow 2-11 Piarsaigh na Dromoda 3-11
Dromid raced into an early 2 point before Conor Sheahan opened Currow’s account in the 6th minute with a well taken point. This was followed up soon after with another well struck score from play from the left boot of Mike McCarthy. Both teams traded points up until the 23rd minute before Niall O’ Se palmed a ball to the back of the Currow net. Currow 0-4 Dromid 1-04
Currow’s response was immediate and added 3 points in quick succession from John Curtin (2,1f) and David Moriarty, as the first half drew to a close. HT Currow 0-07 Dromid Pearses 1-05.

The second half began as the first had ended with both sides swapping points early on. The 40th minute introduction of Jack Moriarty proved fruitful as he tapped over a nice point almost immediately. The next ten minutes proved crucial in this tie however, as the home side racked up a devastating 8 points in this period. This included 2 goals from the rampaging Seamus O Loinsigh from midfield. Currow 0-11 Dromid 3-10. The young Currow side refused to give in, and with added impetus from the introduction of veterans Pa McCarthy & John Buckley, reduced the deficit to 3 points late on. This was as close as the visitors were going to get however, as Dromid’s purple patch in the second half ultimately proved decisive.

Templenoe 1-07 Na Gaeil 0-12
Both teams were down a number of players due to county commitments, while Templenoe were also adjusting to life after the loss of a few players due to transfers. Nonetheless, this situation also presented opportunities for others to impress. In the end, a late goal from Templenoe’s Aidan Crowley was not enough to deny Na Gaeil from coming away with a full share of the spoils.

It was a lovely afternoon for football and Na Gaeil got the scoring underway with a close in free from Jack Sheehan. Stephen O’Sullivan countered with a placed ball for Templenoe, before two scores on the trot from Dan Goggin gave the Tralee side the lead, which they would never relinquish. Na Gaeil almost followed up with a goal in the 7th minute, but Templenoe keeper Colm Breen got down well to block a low shot from James O’Connor. Colin Crowley beautifully landed a 45 over the bar for the hosts, but Na Gaeil quickly hit back with another free from Jack Sheehan. Na Gaeil were the more dominant side, but Templenoe did have decent spells of possession, however they just seem lack cohesion at times. Daniel Crowley did raise a white flag on the 18th minute for the home side and soon after Josh Crowley Holland looked to be through on goal only for Na Gaeil net minder Aido Quirke to bat away his effort. Two scores from Cian Devine and Eoin O’Neill saw the visitors go in to the break a goal to the good. Half Time Score: Templenoe 0-03, Na Gaeil 0-06.

To their credit Templenoe made a bright start the second half with two points in row through Brian Crowley and an inspirational one from Sean Sheehan, who showed great determination to break away from defenders before splitting the posts. This brought the margin back to the minimum. Undaunted, Na Gaeil hit three unanswered points from Jack Sheehan, Dan Goggin and Kieran O’Connor to make it 0-05 to 0-09. At this stage, one felt Templenoe’s only chance of recusing this contest was to get a goal, before Na Gaeil got too much of a grip on proceedings. John Rice did keep the scoreboard ticking over with a long range effort for Templenoe. But Na Gaeil’s decision making when on the offensive was that bit better than Templenoe’s on the day, as they created openings to tack on three more scores from Jack Sheehan, Thomas O’hAinfein and Declan Cooney to extend their lead to six points coming into the final straight. Templenoe were not going to give this game up without a fight though and rallied well in the closing minutes. Colin Crowley thumped over a free, before a good move saw Brian Crowley set up Stephen O’Sullivan – his effort was stopped, but Aidan Crowley was on hand to knock in the rebound on his county senior league debut. There was time for one last throw of the dice from Templenoe, but they were unable to pull off a second goal.

Laune Rangers B 0-10 Ballylongford 0-06
The swirling wind caused havoc throughout the game but a purple patch in the latter part of the first half ensured that the home side would take the points. Ballylongford opened the scoring with a point from corner forward Ciaran O’Connor in the 3rd minute. O’Connor followed this 4 minutes later with a pointed free to put the visitors 2 points to the good with 7 minutes played. Laune Rangers got off the mark in the 13th minute with a point from Gavin O’Shea after some good link-up play between Cathal O’Callaghan, James Treacy and Gavin O’Shea. Gavin’s brother, Colm, got his name on the scoresheet in the 14th minute with his own point to level the game at 0-2 apiece. Laune Rangers edged in front for the first time in the 18th minute with a pointed free from Gavin O’Shea before Gabriel Griffin added another for the home side 2 minutes later to double the lead. Further Laune Rangers points from Mikey O’Donnell, Gavin O’Shea and Colm O’Shea left Rangers ahead by five at the short whistle. Half Time Score: Laune Rangers B 0-7, Ballylongford 0-2.

Ballylongford started the second half the brighter, with three points in as many minutes through Ciarán O’Connor & Jeremiah Tydings to narrow the deficit to two points; 0-07 to 0-05. Colm O’Shea pointed from a free in the 9th minute to extend Laune Rangers’ lead to 3 points once more. Ciaran O’Connor worked well with Jeremiah Tydings before O’Connor popped over another for Ballydonoghue to let the game 0-08 to 0-6 with 40 minutes played. Another pointed free from the boot of Colm O’Shea pushed Laune Rangers’ lead back out to 3 points mid-way through the half. Both sides notched up a number of wides in the closing quarter as the swirling wind made it difficult for players to land passes and scores. The final score of the game came from a pointed free from Marc Clifford. Callum Moriarty used his strength to find James Treacy. When Mikey O’Donnell was fouled, Marc stepped up to take the resulting free to let the score 0-10 to 0-6 in the home side’s favour going in to the last 10 minutes. Laune Rangers worked hard to keep Ballylongford at bay for the closing minutes and held on for their opening round win. 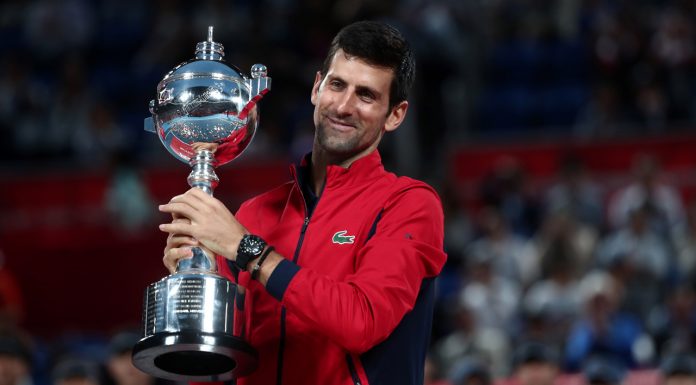