The countdown to the World Cup in Qatar is ticking. And at the same time, pressure is building on Canada Soccer to seal a compensation deal with the men’s national team.

There is plenty on the negotiating table, given the increased attention and higher stakes that come with making the men’s soccer showcase for the first time in 36 years — with a home World Cup to follow in 2026.

But some part of the negotiations could go beyond the November start of the tournament, says Toronto FC midfielder Mark-Anthony Kaye, part of the men’s national team leadership group.

“A CBA (collective bargaining agreement) is a big thing. There are parts I’m confident will be done before the World Cup starts,” Kaye said in an interview. “The important things like the compensation for the World Cup, the family and friends package (to attend the tournament). Things like this are of a timely matter, you have to get it done before the (tournament) kicks off.

“And then the other stuff that’s in a CBA, I think we can continue to move in the right direction to finding solid ground on an agreement on those things.”

The Canadian men, currently ranked 43rd in the world by FIFA, open play at the World Cup on Nov. 23 against No. 2 Belgium.

The impasse over compensation came into full focus in early June when the men boycotted a planned friendly with Panama in Vancouver.

The men have since formed a players association to help their cause.

“It took a while to get to this moment. But we knew we needed it because it gave the players a little more protection going forward, in terms of every aspect,” explained Kaye. “Especially when it comes to negotiating with Canada Soccer.

“But also when it comes to our licensing rights, our group rights and just creating an environment where the players are fully protected on and off the field. Player associations are huge in sports and we felt like it was long overdue that we needed one considering the landscape of everything going on.

“It’s definitely a positive step forward. We have our legal counsel on board. It definitely makes the process a little bit smoother now.”

“I think we are optimistic that a deal will get done,” he said. “At the same time, us the players, we’re focusing on playing more than anything, playing the World Cup.

“Now we have our legal representation that will worry about all the other stuff.”

That counsel is the Aird & Berlis law firm.

“One thing that’s very important to the men’s team and men’s players is that they are aligned with the women’s national team because they are interested in seeking fair compensation not just for themselves but also the women,” said Dasha Peregoudova, a lawyer with Aird & Berlis. “And obviously the women have been in pursuit of that themselves for a very long time.”

Canada Soccer agreed to “voluntarily recognize” the men’s players association, allowing it to serve as the team’s bargaining agent.

The association “very much functions as a union” in the sense that it allows for a bargaining agent to negotiate for the players, said Peregoudova, a former member of the Canadian taekwondo team who served as ombudsperson for the Canadian team at the Tokyo Olympics in 2021.

“This players association is functioning under Ontario labour law or the Ontario Labour Relations Act,” she added.

And because Canada Soccer has recognized the association, the players do not have to go to the Labour Board to be certified.

In 2016, Canada Soccer also recognized the Canadian Soccer Players Association (CSPA) as the exclusive bargaining agent for the women’s team. It has its own legal counsel.

Kaye acknowledges that the environment created by Canada Soccer for the men “is not a bad one.”

One thing that needs to be evened out is improving travel arrangements for the women’s team, which are not as good as that for the men.

“It hasn’t been OK and good enough,” Kaye said of the women’s travel.

Kaye said the men told the women in June in Vancouver “we want to fight to raise your standards, but in doing that we do not want to lower our standards.

The men’s association consists of 51 players who have been called into a Canadian national team camp since January 2021. There are five player-representatives and one junior play rep, says Kaye. And the team still has its “core leadership group” of 12-14 players.

“It feels more professional and I’m sure the guys feel good about it,” said Kaye. “It makes us feel like we’re going to be taken seriously.”

In terms of the World Cup, the players are negotiating their cut of the FIFA World Cup prize money, expected to be at least US$10 million for Canada, as well as a package to help get friends and family to Qatar. But revenue from sponsorship and image rights is also a key part of negotiations, especially given Canada is co-hosting the 2026 tournament with the U.S. and Mexico.

As such the players want more information about the 2018 deal Canada Soccer signed with the fledgling Canadian Soccer Business that shifted “commercial assets and inventory for marquee soccer properties in Canada” to CSB.

The 2018 announcement heralding the CSB deal notes the new group represents, among other things, “on behalf of Canada Soccer, all corporate partnerships and broadcast rights for women’s and men’s national team programs.”

Kaye says while he doesn’t yet know the full terms of that deal, “I would believe that Canada Soccer definitely gave up our group image rights without our approval.”

Added Osorio: “This is the world we live in now. We are the product.”

“All these things are happening for the national team now because the team is winning. And the team is winning because of the players and the staff within the team. So yes, those things, we want to be compensated fairly so that we may move this sport forward in this country.”

“I know that Canada Soccer’s hands are tied in some sort of way with it. And it’s up to them to figure out how to move forward,” said Kaye. “It’s not on the players to bust the door open and stuff like that. Canada Soccer needs to understand where we are right now and, if we want to move forward, they need to take some big steps forward to find a remedy for the situation.”

Asked if the CSB deal can be reopened to facilitate an agreement, Canada Soccer general secretary Earl Cochrane said he “can’t really comment on it.”

“We’ll wait to see what the negotiations bear while we have them.,” he added.

The CSB deal helped make the launch of the Canadian Premier League possible, ensuring the country has its own domestic league. But there is also the feeling in some quarters that Canada Soccer gave away the future to secure the present — and in so doing showed little faith in how far the men’s team could go.

Peregoudova, part of Aird & Berlis’s litigation and dispute resolution, workplace law, and sports, media and entertainment groups, says while so far the discussion has “not centred deeply” on name, image and likeness (NIL) issues, with regards the CSB deal, “the players have certainly posed those questions and sought information about how any NIL-related matters may be impacted by that arrangement.”

Previously there was no collective agreement with the men “that governed all of the terms and conditions of their participation in the national team,” she said.

Cochrane has stressed that FIFA prize money is totally separate from the CSB deal. As such, Kaye says the player demands for their split is doable because it is “new-found money.”

Each qualified team also received US$1.5 million to cover preparation costs, meaning all teams were guaranteed at least US$9.5 million each for their participation.

Peregoudova says the issue of World Cup prize money “is one of many issues.”

“And there are some issues that are going to feel even more important as the World Cup comes to North America (in 2026),” she said.

In February 2019, Canada Soccer Business struck a $200-million, 10-year deal with Spain-based Mediapro. The agreement gave Mediapro global and domestic media rights to the CPL, the Canadian Championship and rights for all home games of the Canadian men’s and women’s teams.

It also included rights to League1 Ontario matches, a feeder league under the CPL umbrella.

CPL and Canada Soccer Business officials said at the time the partnership would help grow soccer in Canada.

“There’s no minute to waste now,” said Herdman, who says he has not been directly involved with the player negotiations. “There’s not one piece of attention that we can give, outside of getting our team functioning in the way that’s going to have an impact at a World Cup.” 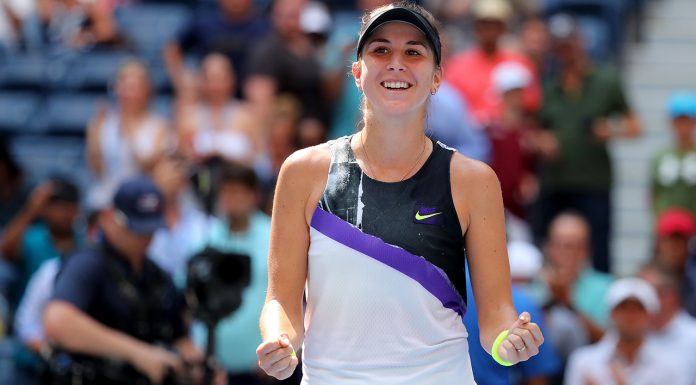 Jack Wilshere NOT seeking Arsenal pay-as-you-play deal and only wants to train with Mikel...