By Ralph E. Moore, Jr.,
Special to the AFRO

Starting way back in 1944, the great Sam Lacy was sports editor for the AFRO American Newspaper. Mr. Lacy not only wrote history, he was history.

He was there to see greatness in sports– especially great African American feats– and he advocated for fair representation in sports, calling for the inclusion of Blacks.

Sam Lacy made history in 1998, when he became the first African American reporter inducted into the Baseball Writers Association of America. The association was housed in a wing of the Baseball Hall of Fame in Cooperstown, N.Y.

In a happy coincidence, Branch Rickey signed Jackie Robinson to a contract with the Brooklyn Dodgers Farm team on Lacy’s 42nd birthday.

Lacy kept us all posted on what was happening with Robinson’s career. As Robinson received racial epithets on the field he was integrating, Lacy was mocked and derided in the press box because he too was Black.

But Lacy continued on, reporting details from Robinson’s time on the baseball diamond and  Jesse Owens’ conquest of the Olympics in Germany in 1936. Lacy also covered boxers, to include the great Joe Louis.

Neither Hitler’s hatred overseas at the Olympics nor fans racist words from the ballpark bleachers at home deterred Lacy from being there or telling readers or radio listeners the whole story. In later years, he covered heavyweight fighters Sugar Ray Robinson and Muhammad Ali.

But who was the amazing man known as Samuel Harold Lacy?

He was born in Mystic, Conn. on October 23, 1903.  His father, Samuel Erskine Lacy was African American, his mother, Rose Lacy was a Native American woman from the Shinnecocks  tribe.

When the junior Sam was young, the family moved to Washington, D.C., where his father introduced him to the love of baseball. Young Sam spent years hanging out at the ballpark in the nation’s capital.

Sam Lacy went to Armstrong High School in N.W. Washington, D.C. There he played all three major sports: baseball, football and basketball. Upon graduation, he attended Howard University where he majored in physical education and intended to be a sports coach.

But as fate would have it, in the 1920s Lacy got a gig writing about sports for a Black paper, The Washington Tribune. The part-time job would lead to a groundbreaking career in journalism that would be his life’s work. In the 1930 some of his earliest pieces for the AFRO began to appear. Lacy was already familiar with the publication, as they covered games where he served as a referee.

After a sports editor role at the Chicago Defender, Lacy took over the role of sports editor for the Baltimore AFRO American from 1943-2003. He did sports commentary between 1968 and 1978 on WBAL TV. Lacy was also on the radio in both Baltimore and D.C.

The courageous reporter did his job despite enduring violent threats and hate speech from those who were opposed to integration of their beloved sports teams.

Mr. Lacy was recognized for his brilliance and bravery.

He used his knowledge and confidence in their raw talent to advocate and argue for racial integration in Major League Baseball.  He was the leading agent for racial change in baseball and other sports by extension.

Lacy met with owners, including those on a committee with Branch Rickey of the Brooklyn Dodgers, and wrote continuously on racial integration of baseball from his base at the AFRO American Newspaper. At one point the AFRO allowed Lacy to cover Jackie Robinson exclusively, which he did for three years. And the rest is history.

Over the years, Lacy  attained legendary status for his sports writing and editing.  The noted magazine, Sports Illustrated, tried to hire him away from the AFRO American Newspaper in 1950 but he turned SI down.  “No other paper in the country would have given me kind of license. I’ve made my own decisions. I cover everything I want to,” he said about the AFRO.

In his later years he came into the office in the wee hours of the morning and worked until the job was done, writing his columns in longhand on legal pads.

Lacy was married to Alberta Robinson in 1927. They had a son, Samuel Tim Lacy, who worked at the AFRO for some years and a daughter, Michaelyn (Lacy) Harris.  Sam Lacy was divorced in 1952 and remarried to Barbara Robinson in 1953, who died in 1969.

Lacy was a legend, a change agent and a role model for journalists, athletes and sports news hounds everywhere.  Sam Lacy made a big difference in the sports world and much more importantly, he helped change American society for the better for all.

Say his name and remember his deeds. 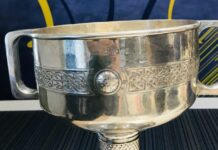 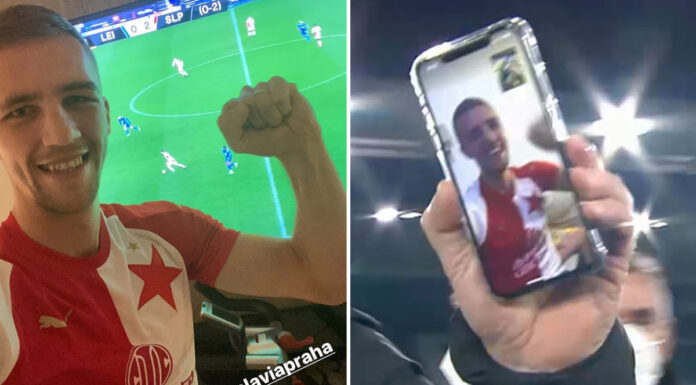