A 63rd minute strike from substitute Riyad Mahrez was enough for a 1-nil win away to Chelsea.

The hosts also lost Raheem Sterling and Christian Pulisic to injury in the first half.

FA Cup third round weekend gets underway tonight with an all-Premier League affair. 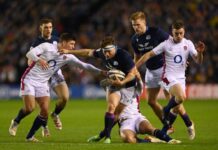