CHRISTIAN PULISIC has revealed his pride at being handed Chelsea’s No10 shirt.

The American winger has nabbed the number for this season after Willian left for Arsenal.

He has taken the No12 shirt at the Emirates but vacated the famous No10 at Stamford Bridge.

Willian only had it for a season after Eden Hazard wore it with distinction for seven years.

And Pulisic – who has been compared to Belgian superstar Hazard – is thrilled to be the new owner.

Despite its distinguished former wearers, the American – who wore it for the first time when he came off the bench against Crystal Palace – is not feeling the pressure.

He told CBS: “It meant a lot. It’s no secret that it’s been my favourite number. It’s the number I wanted to be.

“Now that Willian moved on this season, there was an opportunity there.

“I spoke with the club and everyone felt like I was ready for it, and I felt I was ready, and it’s a number I like.

“So it was a really proud moment for me last weekend to wear it for Chelsea for the first time.

“I understand what it means and how much history it has — how many incredible players have worn it before me.

“But I see it as my favourite number. I just want to do well.”

Blues icons Joe Cole, Juan Mata, Mark Hughes and David Speedie have all donned the No10 at Stamford Bridge in the past. 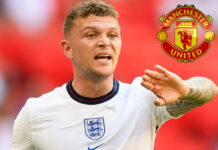