JOAO FELIX has been named in Chelsea’s starting line-up against Fulham.

His signing was only confirmed yesterday but Graham Potter believes he is ready to make his Premier League debut.

Felix was granted a work permit earlier today and goes straight into the team in place of Hakim Ziyech.

He will start in attack alongside Kai Havertz and Mason Mount as Chelsea line-up in a 3-4-3 formation.

Felix often played as a striker for Atletico Madrid but he could fulfil a number of different roles at Stamford Bridge.

He featured at left wing for Portugal at the World Cup and he could start on the left against Fulham.

The 23-year-old prefers operating as a no.10 however, stating: “My best position is as the second forward.

Dennis Zakaria and captain Cesar Azpilicueta also come into the side following the Blues’ 4-0 defeat to Manchester City last Sunday.

Chelsea have won once in their last nine games with Potter under increasing pressure in his job.

Fulham are on a four-match winning streak and could move six points clear of Chelsea with a victory.

The Blues will hope to end that run with help from Felix, who scored four goals in 14 LaLiga games for Atletico this season. 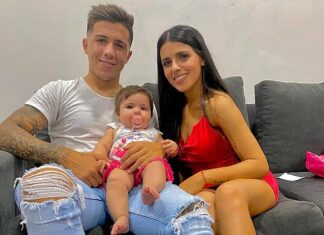