CHELSEA will watch Jordan Pickford at the World Cup as Todd Boehly looks for a new keeper.

England’s No 1 has been put firmly on boss Graham Potter’s radar as an alternative to Brighton’s Spanish star Robert Sanchez.

Blues are keen to bring in a first choice keeper as Kepa Arrizabalaga and Edouard Mendy have yet to convince the new regime.

Pickford has excelled at international level.

That is despite the odd bad moment for Everton.

And he will be hoping to enjoy more success for the Three Lions at the World Cup. 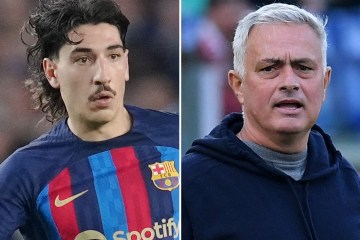 Sanchez is a Potter favourite — but Brighton will want a huge fee.

The Toffees could sell Pickford, 28, to balance their books and lose a big wage.

He is in contract talks at Goodison — and happy to stay.

But a pay rise and the chance to play at the top end of the Premier League and in Europe would appeal.

Chelsea will see how he copes with the pressure in Qatar.

Pickford is set to start England’s World Cup opener against Iran on Monday.