CHELSEA were beaten at home by Manchester City despite a good first-half showing by Graham Potter’s side.

But the Blues were blown away after the break, and in the end were lucky to only lose 1-0.

Denis Zakaria stood out with a bright showing in the middle, but apart from that it was a poor night all round for Potter and his injury-ravaged Chelsea side.

Pierre-Emerick Aubameyang was subbed on after five minutes for the injured Raheem Sterling, but was embarrassingly taken off before the 70 minute mark.

Riyad Mahrez scored the only goal of the game, drifting in front of Marc Cucurella to divert a Jack Grealish cross into the back of the net. 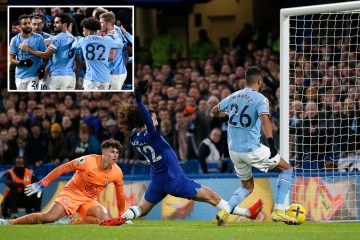 Wasn’t called into action too much in the first-half, but did well to deny Joao Cancelo from a tight-angle.

Caught out for City’s opener, watching the ball fly past him when he could have stuck out a fist to clear the ball away.

Marked Phil Foden near enough out of the game in the first-half, with the City man then subbed off on the hour mark.

But didn’t close down Foden’s substitute Grealish in time for the City opener, which came from a low cross in from Azpilicueta’s side.

Did well along alongside Thiago Silva to keep the shackles on Erling Haaland as much as they could have done.

Watched helplessly as the ball flashed past him for Mahrez to put City in front, and booked late on when cynically stopping a City counter-attack.

Used all of his 38-years of experience to keep goal-machine Haaland quiet in the first-half, except one chance that was blazed over the bar.

Came inches away from putting the Blues 1-0 ahead, but saw a fizzing effort fly just the wrong side of the post with Ederson beaten.

Often in the right place to clear away a number of Kevin De Bruyne’s trademark low crosses.

Caught out on occasions by the marauding Cancelo, and would have been glad to see him go off at the break.

Too eager to dive into tackles, and was outmuscled by Mahrez for City’s first goal, the winger forcing himself in front of the Chelsea man to divert into the back of the net.

Another energetic showing from the midfielder in what was his third Premier League start in a row, and was just about as good as things got for Chelsea.

Excellent challenge to stop De Bruyne in full flight on the stroke of half-time just as the Belgian was about to release Haaland.

Got stuck in from the off, doing well to break up City’s play.

Didn’t do it as well when the whole game changed at half-time, with City sub Rico Lewis making himself a nuisance in the middle of the park.

One of Chelsea’s better players in the first-half, whipping in a number of dangerous deliveries when cutting inside from the right.

Faded after the break though, which saw him hooked with just over 20 minutes left to play.

Forced off with an injury with the game less than five minutes old.

Joined Sterling in having to be subbed off through injury early into the game.

Picked up the knock after being denied a goal by an incredible last-ditch John Stones challenge.

Struggled to have an impact on Chelsea’s play for the second game in a row.

Wasn’t helped by the fact his two attacking partners were forced off early into the match, but the German didn’t threaten at all, even when the Blues were on top.

Pierre-Emerick Aubameyang (on for Sterling, 5 mins) – 3

Didn’t threaten at all before the break after being brought on for Sterling.

Lucky not to be punished early into the second half when passing straight to Haaland on the edge of the box, with the City man dragging his effort wide of the mark.

Suffered the embarrassment of being subbed off after coming on himself when replaced by youngster Omari Hutchinson on 68 minutes.

Looked bright when he was thrown on early doors, playing more advanced than his usual midfield role.

Unlucky to see a low effort bounce back off the post just before the break.

Had some neat touches of the ball, but was thrown in at the deep end against the defending champions.

Did more going forward than Cucurella, showing off an outrageous piece of skill late in the game to nearly set up an equaliser.

Blazed a late chance over the bar when there were better options for him in the middle. 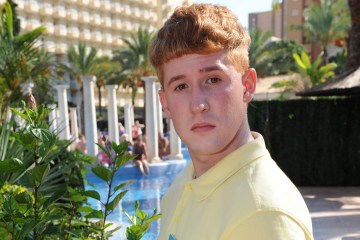 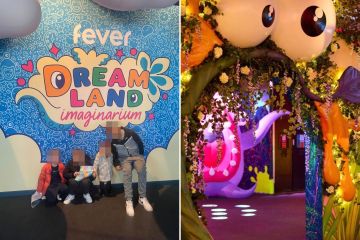 Full of running when he came on, keen to make an impression off the bench.

Played on the edge, and could have been booked for a late challenge on John Stones that went unpunished by ref Paul Tierney.