PIERRE-EMERICK AUBAMEYANG looks set to face failure over any potential return to Barcelona after a LaLiga rule emerged prohibiting a move.

The Gabon striker has endured a tough spell since signing for Chelsea, and now reportedly wants to return to the Nou Camp.

But it seems his wishes will fall on deaf ears after it was revealed such a move is not legal.

Fifa rules stipulate that a player cannot play for more than two clubs in a season unless the calendar is different – opening up the possibility of an MLS move.

Since Barcelona were his previous club, a transfer is fine under these rules.

However, the Royal Spanish Football Federation has a rule which makes a deal impossible.

Article 130 reads: “A player may be registered in only one team of a club, without the possibility of being withdrawn and released by the same club in the course of the same season, except in cases of force majeure or regulatory provision.

“Likewise, during the course of the season, he/she may not be registered and play in more than three different teams.”

In addition, La Liga’s Article 141.5 says: “Footballers whose licence is cancelled may not, in the course of the same season, obtain a licence in the same team of the club to which they were already associated.”

This means that had the move been a loan instead, a return would have been permitted.

Barcelona would have “loved” the idea of bringing back the 33-year-old, who scored 13 times in 24 games for them last season.

Aubameyang joined Chelsea in £10million deal in the summer, but has failed to impress on his return to England.

He has scored just three times in 16 games and not performed well either.

The ex-Arsenal ace would have been hoping to prove a point after being frozen out at the Gunners by Mikel Arteta.

In the club’s Amazon: All or Nothing series, Arteta revealed he had a dossier of all his past indiscretions.

He told a member of his coaching staff: “I have everything documented, with the dates, the times, the conversations, how it happened, why it happened . . . because if one day it’s needed.

“(Aubameyang) has been late, apart from all the (other) issues, many times.” 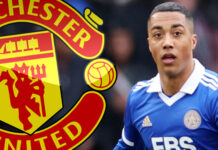 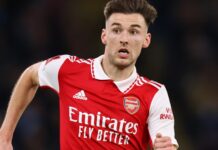 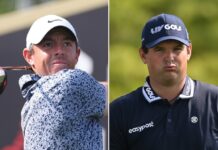 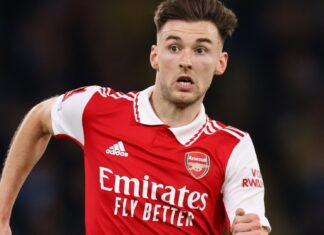