GRAHAM POTTER has the backing of Chelsea fans and ex-players despite his wretched run of results.

The Blues boss’ misery was compounded last night as his side lost at neighbours Fulham plus new signing Joao Felix saw red.

The defeat means Chelsea have won just one of their last TEN Premier League matches.

And they now sit tenth in the table – ten points off the top four and ten points clear of the relegation zone.

But supporters continue to back the manager as they rallied behind him outside Craven Cottage.

Video footage shared on Twitter shows Potter walking from the Fulham stadium to a taxi with his team surrounded by security. 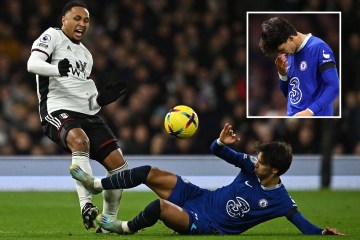 Fans can be heard shouting out encouragement for the former Brighton boss.

Another called out: “Still believe.”

A third added: “We’ve got you gaffer, we trust you.”

Other chipped in with comments such as “go win the Champions League,” “we believe, keep the faith,” “don’t give up” and “super Graham Potter“.

One even labelled the Blues chief the “best manager in the world” while a final fan claimed: “Change the squad they are the problem.”

The support was echoed by former Chelsea midfielder Joe Cole, who highlighted Potter’s bad luck with so many players out injured.

The 56-cap England international said on BT Sport: “He needs time. We saw a little bit of frustration from the fans creeping in today, they’ve just got to understand that there’s been so much change.

“I believe we have seen enough little sparks from Chelsea tonight. There’s enough to believe that results will turn.

“The club had been so stable in its own unique way over the last 20 years in its own way, and then you come in and you’re changing things behind the scenes, changing recruitment as you’ve got new owners, and I think Graham Potter has acquitted himself very well.

“He’s honest, what else you can do other than keep doing what you’re doing, keep believing in the players.

“That list of players injured, that is a top team. He has a whole team that would finish comfortably in the top six of the Premier League out injured.

“The manager and the team will be better for having gone through this tough period. They have to keep going.”

Ex-Blues centre-back Gary Cahill added: “That’s the pressure of being at Chelsea, but I do feel for him, there’s been a lot of changes, he just needs the dust to settle.

“He’s getting no luck. I think it really is a bit of patience from the fans and the club.

“I remember once we finished tenth and the next season we won the title. You have to work to change it.

“You feel the pressure, and ultimately the big players have to help the younger players through.”

Some supporters chanted the name of Potter’s predecessor Thomas Tuchel during the 4-0 thumping by Manchester City on Sunday.

And speaking ahead of the Fulham clash, the current gaffer insisted it is not his job to win the fans’ approval.

Potter – who admitted after the latest loss that “everything that can go wrong, is going wrong” – said: “I think you’re always just battling for perspective and you can’t argue with people all the time.

“People will have their opinion, they’ll analyse the situation, and their conclusion will be ‘it’s because Potter’s rubbish’. 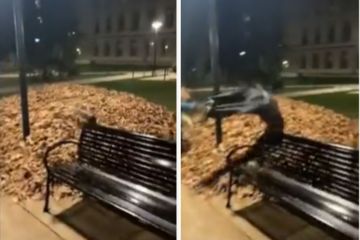 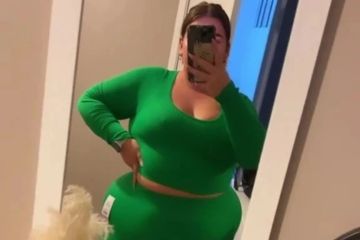 “You have to accept there’s going to be criticism and accept that people won’t like you and disagree with you and I don’t think you can fight that.

“It’s certainly not my job to convince them otherwise, my job is to do my job as well as I can and if I do that well then maybe they’ll change their opinion.” 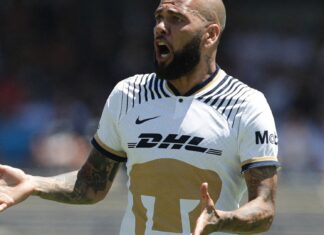