SAM KERR fired a warning shot to Europe’s top dogs after Chelsea knocked Wolfsburg out of the Champions League in style.

Kerr’s sumptuous strike – and an ice-cool Pernille Harder pen – were among the goals that saw the Blues exact revenge on the German giants with a 3-0 quarter-final second-leg win.

And the result, which Emma Hayes dubbed her “most favourite”, saw Chelsea seal a 5-1 aggregate victory to set-up a tantalising semi-final clash with Bayern Munich or Rosenburg.

Hayes said: “This probably ranks as my most favourite win in charge because I posed a challenge to the group around their maturity, learnings and progression.

“We are growing up in Europe, and we’ve faced this opponent so many times and lost.

“I always thought they were the benchmark for women’s football alongside Lyon, so this is a really proud day for English football.

“I don’t think Europe has taken English football too seriously up until now.

“That changes. I think Man City’s performances along with ours have moved us closer to domination.

“And that’s all we’ve done – we just moved one step closer because the team we potentially face in the semi-finals, is a whole new ball game.”

But the England playmaker was unable to pick out Kerr or Harder in the fourth minute.

And the Blues got off the mark with a first-half spot-kick buried by Harder after Sara Doorsoun was judged to have brought Sam Kerr down in the penalty area in the 26th minute.

Moments later Hayes’ players had a huge let-off with Ewa Pajor unable to get on the end of a dangerous Wolfsburg cross.

The hosts were punished for that miss on the half-hour mark with Kerr doubling the Blues’ lead with a delightful spin to turn Doorsoun and smash in her 20th goal of the season.

Wolfsburg tried to hit back through Rebecka Blomqvist who saw her effort smothered by Ann-Katrin Berger two minutes later.

The second-half saw the Blues defending diligently before Ji So-yun came off the bench to tee up Kirby for Chelsea’s third with nine minutes of normal time remaining.

The three goals were enough to see Hayes’ players seal a memorable win ahead of their league clash with Birmingham. 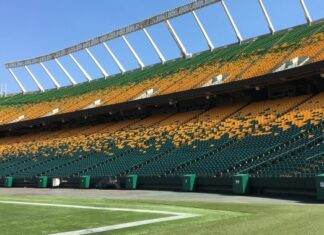