CESC FABGREGAS has paid tribute to Olivier Giroud after his four-goal haul for Chelsea against Sevilla.

The Frenchman, 34, walked off with the matchball after scoring a perfect hat-trick and a penalty in the 4-0 win in Spain last night.

@_OlivierGiroud_ what a real pro you are mate. All young players should have you as a rol model. Well done once again. And people still wonder why you always end up playing!! Hard work, passion, dedication and real character to always turn things around. 👏🏻

Giroud’s performance secured Chelsea’s place as group winners, with the veteran’s late winner against Rennes last week booking the Blues’ place in the next stage.

And he has now become just the second player to score four goals for an English side in the Champions League after Ruud van Nistelrooy for Manchester United in 2004.

Blues fans now hope Giroud gets to start his first Premier League game of the season against Leeds this weekend.

And one man full of place for the forward is ex-Chelsea and Arsenal team-mate Fabregas.

The now-Monaco midfielder described Giroud as a ‘real pro’ following the Frenchman’s patience at being left on the bench for most of the campaign.

And Fabregas also hailed Giroud as the perfect model for kids looking to reach the highest levels of the game.

He tweeted: “Olivier Giroud what a real pro you are mate. All young players should have you as a role model. Well done once again.

“And people still wonder why you always end up playing! Hard work, passion, dedication and real character to always turn things around.”

But despite his performance, boss Frank Lampard has refused to assure Giroud of a starting spot against Leeds.

He explained: “We’ll have to see – it’s a tight turnaround but it’s four goals in a game.

“It is an amazing performance to score four goals at Champions League level against a really good opponent, and the individual quality of all of his goals.

“Rightly he gets a standing ovation as he comes off the pitch. I’m delighted for him.

“He is the ultimate professional and I think he’s done that in his career and I think that’s why with Oli, you see his numbers for France and in the Champions League.

“He wasn’t always a regular before I got here but as soon as I came in I could feel the positivity off of him as a player, how he wants to try and how he wants to affect people whether he starts or not.

“Olivier is reliable, full stop. Not just for us but his international goals for France. He’s up there with great individuals, he’s got great statistics.

“There couldn’t be a team-mate there that the players are happier for because of the way Olivier is around the training pitch and in the games.” 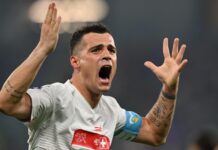 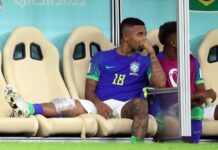 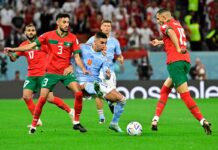