‘He finished his career with a Piers Morgan interview and Messi won the World Cup’: Carragher labels Cristiano Ronaldo’s Al-Nassr move a ‘sad end’… while Neville believes his ex-team-mate ‘wanted to stay in Europe’

By Julian Bovill and Liam Morgan For Mailonline

Ronaldo confirmed his move to the Saudi Arabian side on a sensational £175million-a-year contract following his tumultuous exit from Manchester United in November.

Ronaldo, 37, had been a free agent after leaving United in the wake of his damning and controversial interview with Piers Morgan, with fans now flocking to social media to claim he is ‘so done’ after moving to the Middle East. 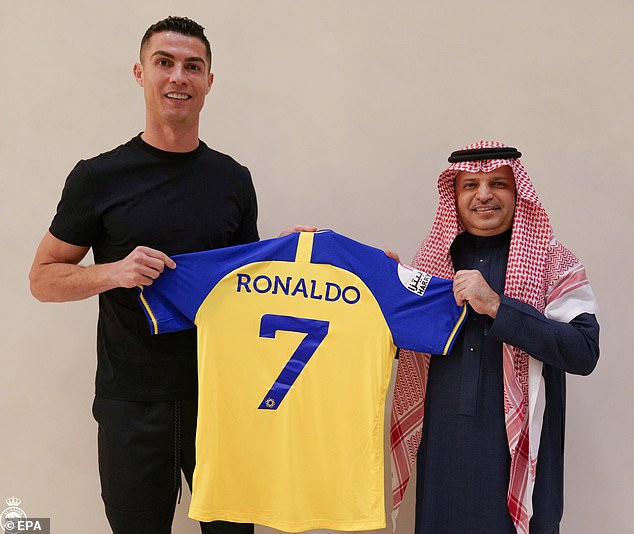 And Al-Nassr have now confirmed Ronaldo has put pen to paper, with reports in Saudi Arabia stating he has signed on a two-year deal.

Speaking on Sky Sports after Liverpool’s win over Leicester City, pundits Carragher and Neville were asked for their thoughts on the situation.

Despite having been a target of Ronaldo’s diatribe to Morgan over a month ago, Neville was able to take a step back and said that he was ultimately sad because of the way it ended with United. 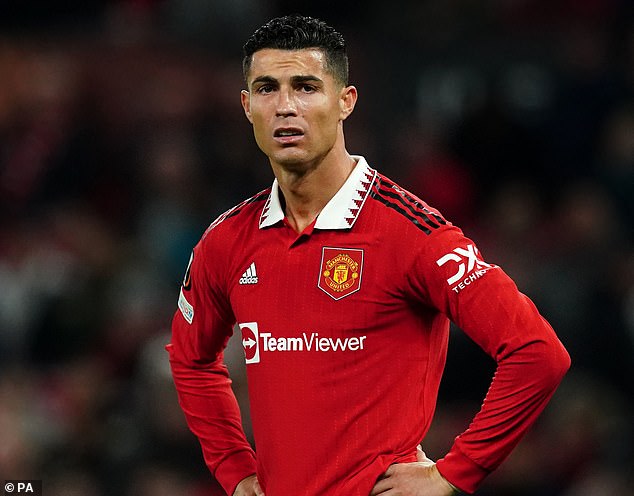 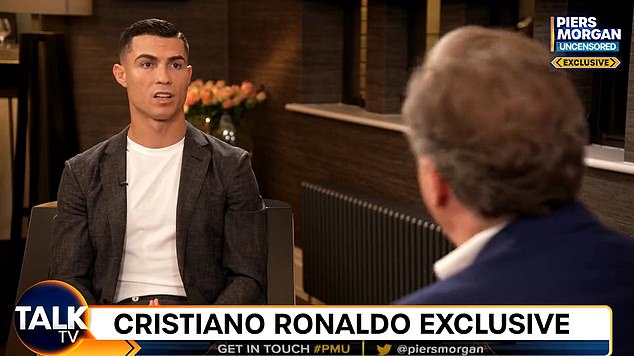 ‘I felt as though he would want to stay in Europe, it tells me that the offers are staggering and the clubs didn’t come in for him,’ he said.

‘There’s an element of sadness for me – (the) last of Ronaldo at the top level. That had to come to an end at Old Trafford – it looks like Cristiano is finishing his career in Saudi.’

Neville’s sadness was likely tinged with a feeling of nostalgia – given he was more than half-way through his career with United when Ronaldo first pitched up at Old Trafford.

Carragher, who admitted recently on a podcast that he was no fan of the Portuguese – though he did admit he admired his commitment and work ethic – made a quip about Ronaldo finishing his career sat across an interview with Piers Morgan while Lionel Messi lifted the prize they both coveted the most. 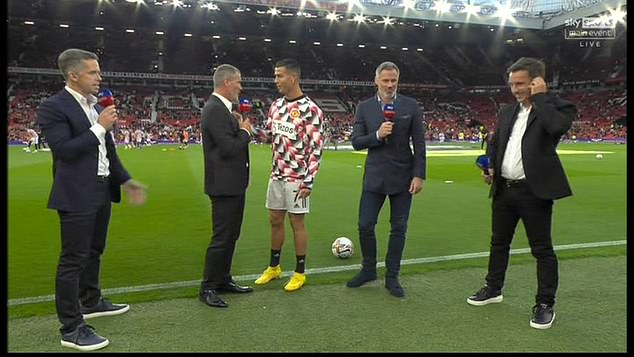 ‘It’s a sad end for him isn’t it,’ he said. ‘Ronaldo has finished his career with an interview with Piers Morgan and Messi has won the World Cup.’

The Saudi Pro League club announced his arrival in a tweet saying: ‘The world’s greatest athlete officially signed for Al-Nassr’, with Ronaldo also taking up an ambassadorial role.

Part of his role as an ambassador will be to help Saudi Arabia’s joint bid with Egypt and Greece to host the 2030 World Cup, it has been claimed.

He joins arch rival Lionel Messi in taking up a promotional position with the gulf nation, which has faced criticism for its human rights record, as well as crackdowns on women’s rights activists, LGBTQ+ people and those who speak out against the rule of Crown Prince Mohammed bin Salman.