Spaniard Lahoz, 45, was sent home from Qatar after showing 15 yellows and a red card in the heated quarter-final between Holland and eventual champions Argentina.

And he wasn’t shy to get the cards out on his return to refereeing LaLiga action.

Lahoz brandished 15 yellow cards, TWO reds and even awarded a late penalty to Espanyol as they stole a 1-1 draw at the home of city rivals Barcelona.

It took Sevilla manager Sampaoli just 18 minutes to get in Lahoz’s bad books.

Sampaoli was dismissed for a touchline outburst in Sevilla’s Copa del Rey clash with Primera Division side Linares Deportivo.

Sevilla stars did, however, up their game when their manager wasn’t watching on from the side.

An own goal by Deportivo’s Luciano Gaston Squadrone also helped Sevilla to the 5-0 win.

Lahoz has been labelled “arrogant” and “useless” by players who have been under his rule on a football pitch.

He said: “The ref gave everything to them. It all turned upside down.

“He gave 10 minutes extra time for no reason. He just wanted them to score.

“That referee is crazy. Arrogant. You say something to him and he talks back to you. It’s crazy. Because Spain were eliminated, he wanted to eliminate us.

“He is the worst referee at the World Cup. Hopefully we won’t have him again – he’s useless.” 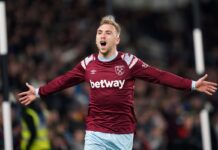 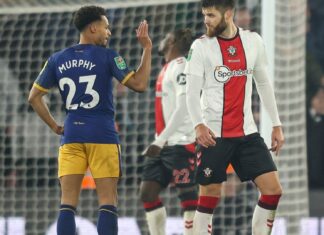