Canada faced a mammoth task in its bid for its first Olympic men’s soccer berth in nearly four decades — it needed to beat a Mexican powerhouse on their home soil, something no Canadian team has ever done.

Still, for 56 minutes, the dream looked within reach.

Then an unfortunate risky pass up the middle by goalie James Pantemis, who was outstanding throughout the tournament, led to a Mexican goal, putting Canada in a hole too deep to dig out of.

“I thought we had the tactics right, we were frustrating them, not really giving them the chances,” said Canadian coach Mauro Biello. “It’s unfortunate, we had to be perfect, you have to be perfect against a team like that.

“We lost to the best team in CONCACAF. And it was a fight.”

Uriel Antuna and Johan Vasquez scored to lift Mexico to a 2-0 victory over Canada in the do-or-die semifinals of the CONCACAF Men’s Olympic Qualifying Championship on Sunday.

Mexico, the Olympic gold medallists in 2012, clinched their 12th Olympic berth with the victory, while the Canadians, who haven’t played on the Olympic stage since 1984, must wait another three years.

Canada’s defence was excellent in keeping Mexico off the scoreboard before Mexico capitalized on Pantemis’s long pass up the middle to the foot of a Mexican player.

“For us to be in the game for that amount of time, and really managing them and frustrating them for a good period was very good,” Biello said. “And unfortunately, there was a an error that that cost us and changed a little bit the momentum.”

Antuna, a lethal striker who’s scored eight goals in 16 appearances for Mexico’s full national side, was open just inside the box and one-timed a pass past Pantemis.

Mexico delivered more heartbreak in the 64th minute at Jalisco Stadium when Vasquez out-leapt Canadian defenders to get his head on a free kick.

“Disappointment, frustration,” said Norman, who normally plays midfield for Cavalry FC in the Canadian Premier League. “We had a game plan that the first half kind of went to script like we wanted it to. We had belief across the group, we really thought this was going to be the year we pushed Canada to the next level, and we had full belief that was gonna happen, so disappointed for sure.”

Canada came into the tournament, which was postponed a year due to COVID-19, 0-4-2 against Mexico at the under-23 level in Olympic qualifying since 1992. No Canadian men’s team has ever won a competitive match in Mexico.

The Canadians faced a steep climb in Guadalajara considering they were together for barely a week, Biello pointed out, and played four games in eight days while still in pre-season form.

“I give credit to a lot of those boys in that dressing room and they’re pretty disappointed right now,” Biello said.

Toronto FC’s recent COVID-19 outbreak threw a wrench into Biello’s team selection, as all nine player’s he’d had in his pool from the Major League Soccer team were unavailable.

Canada had an early chance scuttled when Tajon Buchanan was taken down just outside Mexico’s box. Buchanan raised his arms in frustration when no foul was called.

Mexico outshot Canada 7-2 in the first half, including three on target, their first chance coming from a header off a corner kick in the 19th minute that sailed just wide of the net.

There were some scary moments midway through the first half when Pantemis appeared to hurt his right shoulder when he dove to deflect a shot from Antuna. Pantemis, a 24-year-old who plays for MLS side CF Montreal, grimaced in pain on the pitch for a couple of minutes but stayed in the game.

He was forced into action less than a minute later, diving to smother another attack from Antuna.

The half ended in a shoving match that brought Mexico’s substitutes off the bench.

Biello said he takes away numerous positives from the game, and singled out Lucas Dias, who had to isolate for nine days for health and safety protocols before the tournament, and defenders Norman and Zorhan Bassong.

The 18-year-old Dias, who plays in Lisbon for Sporting CP’s U23 squad, made his first start for Canada Sunday, and displayed his skills early on, dribbling through three Mexicans in the midfield before being fouled. Dias replaced previous team captain Derek Cornelius, who twisted a knee against Honduras and surely had a tough night watching from the bench.

“For sure from a performance standpoint, you want to make it to the Olympics, but the end in mind in this program is to have an alignment from the men’s national team all the way down,” Biellos said. “And for me, it was to build a foundation with the group and graduate some of these players to move on to the men’s national team. (But) yes, we’re disappointed.”

Canada had finished second in Group B behind Honduras on goal difference after the teams played to a 1-1 draw on Thursday. Mexico went undefeated to win Group A.

Canada’s senior squad, meanwhile, watched the game from Bradenton, Fla., and sent a good luck message via video. The Canadians were slated to play the Cayman Islands on Sunday, but the game was delayed a day due to issues with pre-match COVID-19 tests taken by the Cayman Islands delegation, which did not meet FIFA requirements. 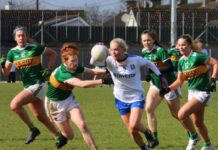 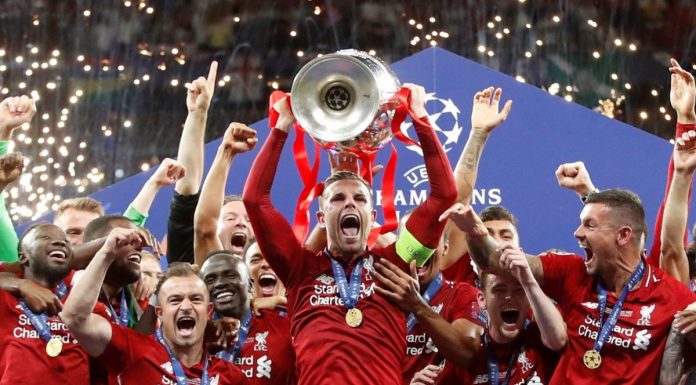