Three months after a disastrous June camp disrupted by a player boycott over a contract impasse, one might have expected Canada to come out a little rusty against Qatar on Friday.

Goals by Cyle Larin and Jonathan David in the opening 13 minutes dispelled that as the Canadian men cruised to a comfortable 2-0 win over the World Cup co-host. Perhaps the only criticism might be that Canada, ranked 43rd in the world, could have scored more against No. 48 Qatar.

“We knew the first 20 minutes would be challenging, given how organized and disciplined Qatar are,” said Canada coach John Herdman. “But I think our players, they rose to the challenge tonight.”

The Canadians will undergo a more severe examination Tuesday when they take on No. 13 Uruguay in Bratislava, Slovakia.

“That will be a tough test,” said Herdman. “But this is the stuff we dream of. We’ve been playing CONCACAF opponents for four years. All the players have been dreaming all their international career (of) playing teams of the stature of Uruguay, Brazil, Argentina. This is the stuff we’ve been waiting for.

“For us it’s a cup final playing against Uruguay, similar to playing against a Belgium or a Croatia (whom Canada will face in Group F at the World Cup). So there’s an excitement there. But again we have to temper that with the reality of the quality that they have and then we’ve got to put the work in these next three days.”

Canada’s final World Cup warm-up is Nov. 17 against No. 24 Japan in Dubai.

David doubled the lead in the 13th minute after diving Qatar goalkeeper Saad Al Sheeb punched a Kamal Miller cross away, but only to a pair of waiting Canadians. Alphonso Davies went down, losing his footing, trying to get to the ball but David was there to knock it home for his 22nd goal in 33 games in Canada colours.

David, who is signed to Adidas, covered the Nike logo on the Canada shirt with his right hand as he celebrated the goal. There has been recent social media chatter about Canada, unlike other teams, not unveiling a new jersey for the World Cup.

Herdman, perhaps diplomatically, said after the game that he had not noticed the celebration.

Canada came close to scoring a third goal off a free kick in the 88th minute but Ike Ugbo’s header was saved by the Qatar ‘keeper and Miller’s attempt off the rebound hit the crossbar.

There was a moment of concern in the second half with Davies needing treatment after tangling with Ismail Mohammad in the 57th minute. The Bayern Munich star was able to walk off, albeit gingerly, as he gave way to a substitute.

“I think he’s all right. He was sitting on the bench smiling. So I think he’s fine,” Herdman said.

Friday’s game marked the Canadian men’s first against an Asian opponent since November 2016 when they lost 2-0 to South Korea.

The Canadians, who open World Cup play Nov. 23 against No. 2 Belgium, used the flanks to attack the condensed Qatar defence.

Canada had 62 per cent possession in the first half. Both sides made changes in the second half with Herdman sending on Richie Laryea, Charles-Andreas Bryn, Ismael Kone, Ugbo, Liam Millar and Mark-Anthony Kaye.

Qatar showed more purpose in the second half but could not breach the Canada defence, offering little in attack.

For the Canadians, the European camp is a first get-together since an ill-fated gathering in June in Vancouver when players refused to play a friendly against Panama due to a contract dispute. The team put the impasse behind it to play Curacao and Honduras in CONCACAF Nations League matches June 9 and 13. But contract talks continue.

Herdman has other injury concerns with Club Brugge winger Tajon Buchanan likely only to make the bench for the Uruguay game if healthy. Toronto FC defender Doneil Henry, who came down with a hamstring problem on the eve of camp, is with the team but not expected to see action. TFC teammate Jonathan Osorio remained at home to deal with a “neurological dysfunction” resulting from an elbow in the head in a mid-July MLS game.

Despite the injuries, Herdman fielded a strong lineup with Miller, Steven Vitoria and Alistair Johnston in front of goalkeeper Milan Borjan with Adekugbe and Hoilett at wingback and Samuel Piette and Stephen Eustaquio in midfield with Davies, David and Larin leading the attack.

Piette was influential in midfield, often joining Eustaquio in snuffing out Qatar attacks. 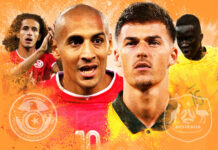 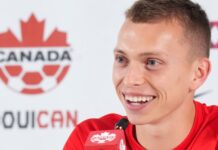 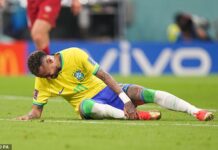 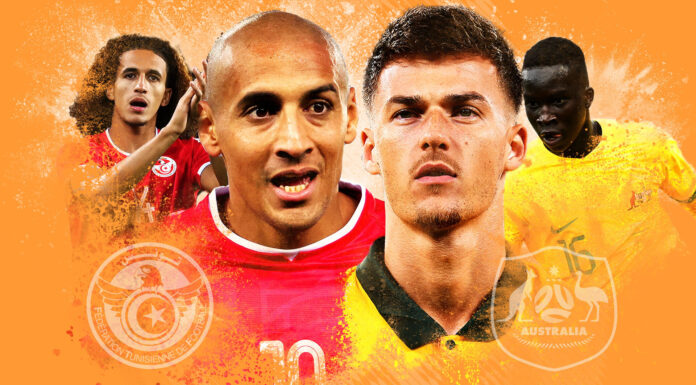 Brazil star Neymar describes latest injury as ‘one of the hardest moments of my...