Calgary is making a pitch to be the host city of the world freestyle ski and snowboard championships next month if public health authorities approve it.

Calgary would be a substitute site. The world championships scheduled Feb. 18-28 in China were cancelled because of the COVID-19 pandemic.

Read more:
Calgary wants to be a hub city as Canada loses international sports to COVID-19

The international governing body of skiing and snowboard has Calgary tentatively scheduled as host of the world championship Feb. 24 to March 11, but the federal, provincial and municipal governments have yet to give the green light.

Initial plans for World Cup freestyle and snowboard “bubbles” at Calgary’s Canada Olympic Park in the coming weeks have now pivoted to a possible world championship.

Halfpipe, slopestyle and big air in both freestyle skiing and snowboard, as well as freestyle moguls and aerials, would draw nearly 500 athletes to Canada Olympic Park.

The biannual world snowboard and freestyle championships became a joint event in 2015.

Ski cross, which falls under the freestyle umbrella internationally, and alpine snowboard aren’t part of Calgary’s proposal. Those world championships would be held elsewhere.

Read more:
Calgary Board of Education cuts ties with the National Sport School

“We continue to work in close collaboration with key partners around the potential of creating a winter sport bubble in Calgary to host multiple international FIS Freestyle, Freeski, Snowboard events this winter,” Freestyle Canada and Snowboard Canada said in a joint statement Thursday.

“In a continued effort to make this a reality, significant planning has been done with the health and safety of athletes and team members, host venue staff and the public as the priority.

“While contracts have yet to be confirmed, we believe Calgary would be an excellent and safe winter event bubble host city.”

The two organizations said an update will be provided Jan. 18. A spokesperson for Tourism Calgary declined to comment.

Athletes were required to quarantine before and after arrival in Canada, were tested daily and had to wear masks when not competing.

Calgary’s plans to host international snow-sport events have been in constant flux in recent weeks.

World Cup moguls and aerials in Quebec were relocated and added to a Calgary’s moguls World Cup in late January, and those dates shifted again to February.

The cancellation of China’s world championships, which was going to be test event for the 2022 Winter Olympics in Beijing, opened the door for another city to step in.

A curling “bubble” at COP’s Markin MacPhail Centre for the national men’s, women’s and mixed doubles championship is also planned for February and March.

A world freestyle and snowboard championship in Calgary needs the financial support of the federal, provincial and municipal governments for the estimated $10-million cost of hosting, as well as public health authorities signing off on pandemic protocols. 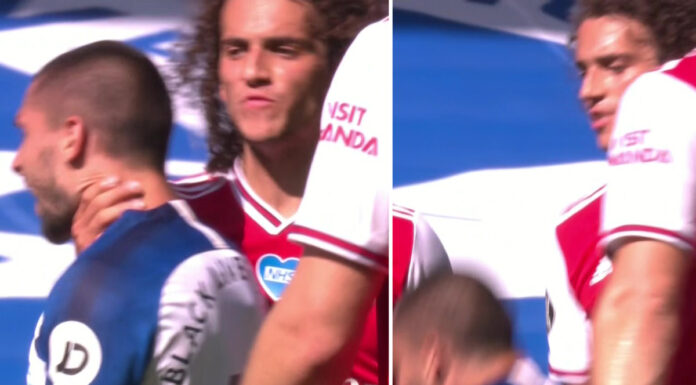 Premier League fixtures TV schedule: How to watch ALL of the big return on...