Bowie State’s women rode the wave of their defense to bring them to within 5:00 of their first CIAA championship since 1999.  Ultimately, however, it was the defense of Fayetteville State which proved to be the difference down the stretch of the finals in a gut-wrenching 61-53 loss that forced them to be bystanders as the Broncos cut down the nets.

Fayetteville State forced BSU into 22 turnovers leading to 21 points. Their 17 steals, including eight turnovers during the game’s final five minutes, fueled the decisive 8-3 run as that was the difference in the game.

Fayetteville State’s veterans played with a poise that had been gained after a year of dealing with the aftertaste of a blowout loss to Virginia Union in the 2019 finals. Shantel Bennett scored a game-high 24 points and four steals in addition to four assists while Tournament MVP and all-CIAA performer Katisha Hyman had 20 points and five steals, but made a critical walk off three pointer at the end of the first half to tie the game at 32 that gave the Broncos momentum heading into the intermission.

“This is a tough loss,” said head coach Shadae Swan. “Playing three games in a row, we started to get a little fatigued. We didn’t have the same energy. Every time we made a run, they made a run in return. We didn’t play our best today.”

The Bulldogs rallied from a nine-point deficit in the final minute of a one-point quarterfinal victory against Johnson C. Smith as Williams won it with a last second tip in.  They also beat Virginia Union in the semifinals 53-41 avenging a blowout loss from the week before to earn their spot in the finals.

MEN FALL TO LIVINGSTONE IN OPENER

A season that began with such promise ended with a resounding thud for the Bowie State men at the final 75th CIAA Basketball Tournament in Charlotte.  The Bulldogs, picked as the favorite to win the last championship in the “Queen City” before it moves to Charm City, fell to Livingstone in the opening round 74-70.

Their final game symbolized how the entire year dilapidated over the final month of the season.  The Bulldogs relied heavily on perimeter scoring, but they lost their touch from the outside. BSU’s defense couldn’t get enough stops or rebounds in the game’s decisive moments.  Moreover, the chemistry that they had building, was derailed by injuries to key players who were out of sync as the post season started.

BSU had no answer for the CIAA Player of the Year Roger Ray, who finished one assist shy of a double-double with 22 points and nine assists.  Ray was one of three Blue Bears who finished in double figures and nearly outscored the Bulldogs top two scorers – Saiquan Jamison and Juwan Smith – who combined for 23.

For Jamison, and his fellow senior classmates this was a difficult pill to swallow after such a decorated career. He, David Bell, Yohance Fleming, and Cameron Hayes were on the team that defeated Livingstone in the 2017 CIAA Championship game that ended their short-lived dynasty when Ray was a freshman. 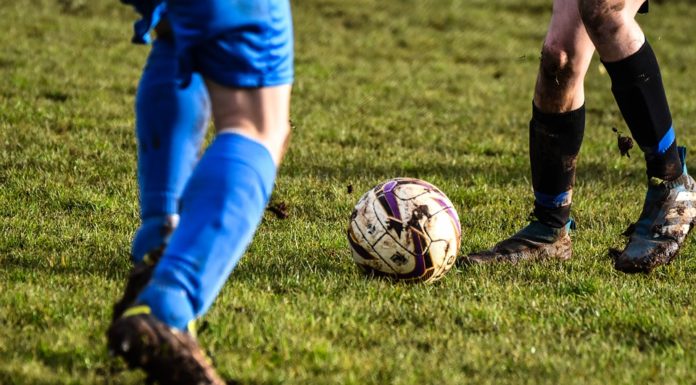