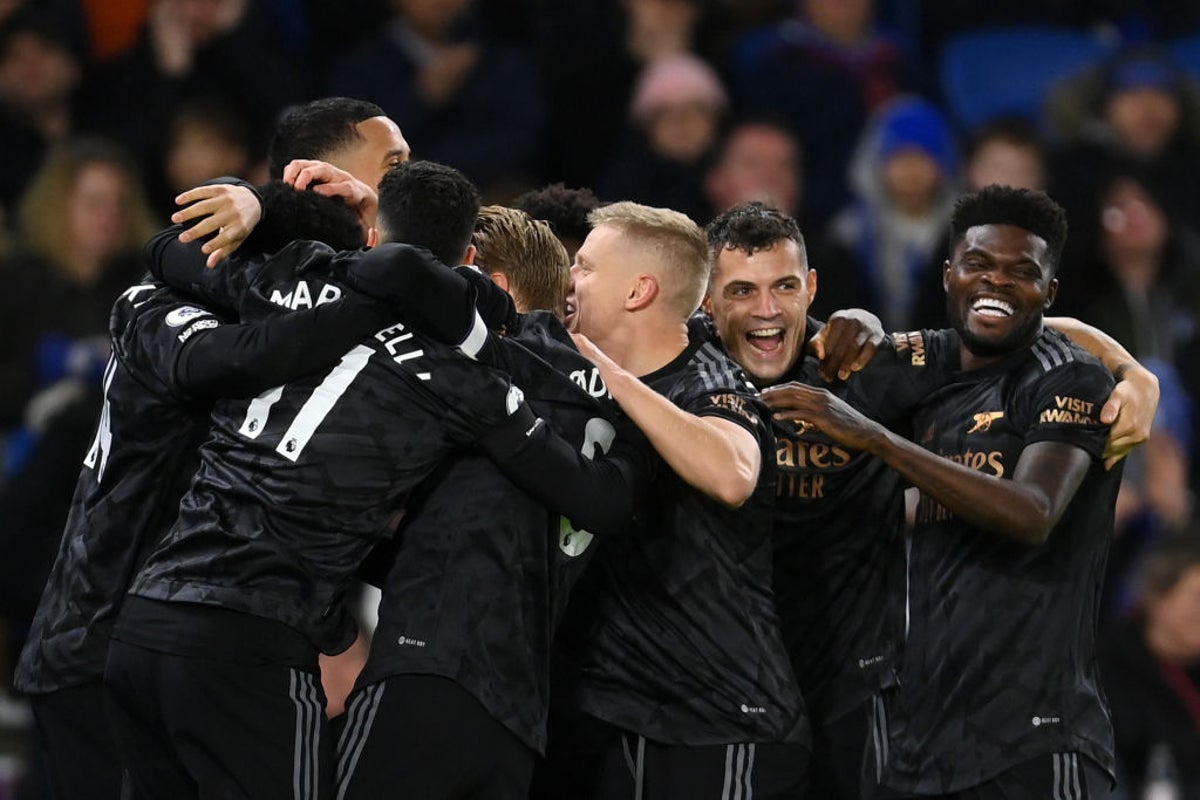 Goals from Bukayo Saka, Martin Odegaard and Eddie Nketiah set the Gunners on course for a fifth consecutive top-flight success to cement their status as serious title contenders.

Kaoru Mitoma reduced Albion’s deficit 25 minutes from time before Martinelli, aided by a wonderful Odegaard assist, raced half the length of the pitch to stylishly restore the three-goal advantage.

Seagulls substitute Evan Ferguson increased the tension going into the final stages by claiming his first Premier League goal, while Mitoma thought he had set up a grandstand finish, only for his 89th-minute strike to be disallowed for offside.

Despite the unwanted anxiety of the late drama, the in-form visitors held on to celebrate an impressive victory and take a healthy advantage into 2023.

Mikel Arteta’s men began the evening kick-off at the Amex Stadium buoyed by nearest rivals Manchester City and Newcastle having both been held to home draws earlier in the day.

And the north London visitors wasted little time in capitalising on the dropped points as Saka fired them ahead inside 66 seconds.

Thomas Partey stopped Tariq Lamptey launching a counter-attack with a superb tackle and, after Martinelli’s initial effort was partially blocked by Lewis Dunk, the ball broke kindly off Levi Colwill for unmarked England forward Saka to take a touch and slot home.

Brighton, who had paid tribute to their own World Cup stars in the matchday programme, including absent tournament winner Alexis Mac Allister, were stunned by the rapid start.

Without the talent of Mac Allister and the suspended Moises Caicedo in midfield, they could easily have fallen further behind as recalled Gunners left-back Oleksandr Zinchenko, tormentor-in-chief Martinelli and midfielder Partey all threatened.

Leandro Trossard had the best openings of the first half for the Seagulls, who were subsequently left counting the cost of an expensive nine-minute spell either side of the interval.

Arsenal captain Odegaard ensured his side would go into the break with a cushion after he bobbled home a powerful shot in the 39th minute after Brighton failed to clear a Saka corner.

And the deficit swiftly increased as Nketiah, once again impressing while deputising for the injured Gabriel Jesus, finished from close range in the 47th minute to join Saka in scoring for the second successive game after Brighton goalkeeper Robert Sanchez could not keep hold of Martinelli’s low attempt.

Arsenal’s third goal initially sucked enthusiasm from the stands, but Brighton were given hope of a comeback in the 65th minute when Japan winger Mitoma found space to calmly finish beyond Aaron Ramsdale.

The helter-skelter nature of the pulsating contest continued and, as Albion pushed a second with the backing of a boisterous crowd, the Gunners broke in devastating fashion.

Odegaard released Martinelli with a sumptuous first-time pass and the Brazilian did the rest, outpacing Lamptey from halfway before finishing low under Sanchez. Arteta exuberantly celebrated the goal on the touchline, but there was still plenty of drama for him to endure.

Poor defending from William Saliba allowed 18-year-old striker Ferguson to sneak in and poke a milestone goal through the legs of Ramsdale. The Gunners then looked to be in real danger of contriving to throw away two points when Mitoma diverted his second of the game into the bottom right corner.

But the jubilant atmosphere was swiftly quelled by VAR intervention before the visitors survived six minutes of added time to tighten their stranglehold on first place. 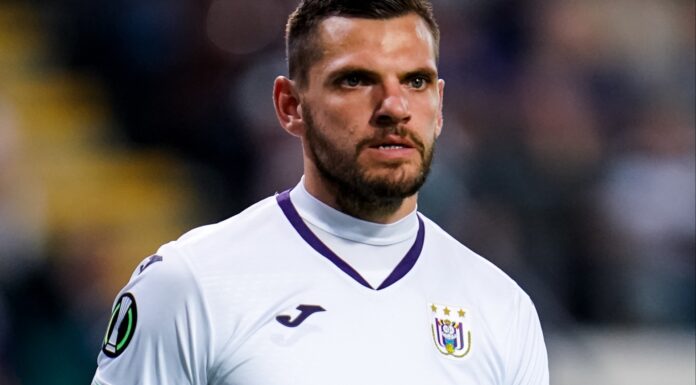