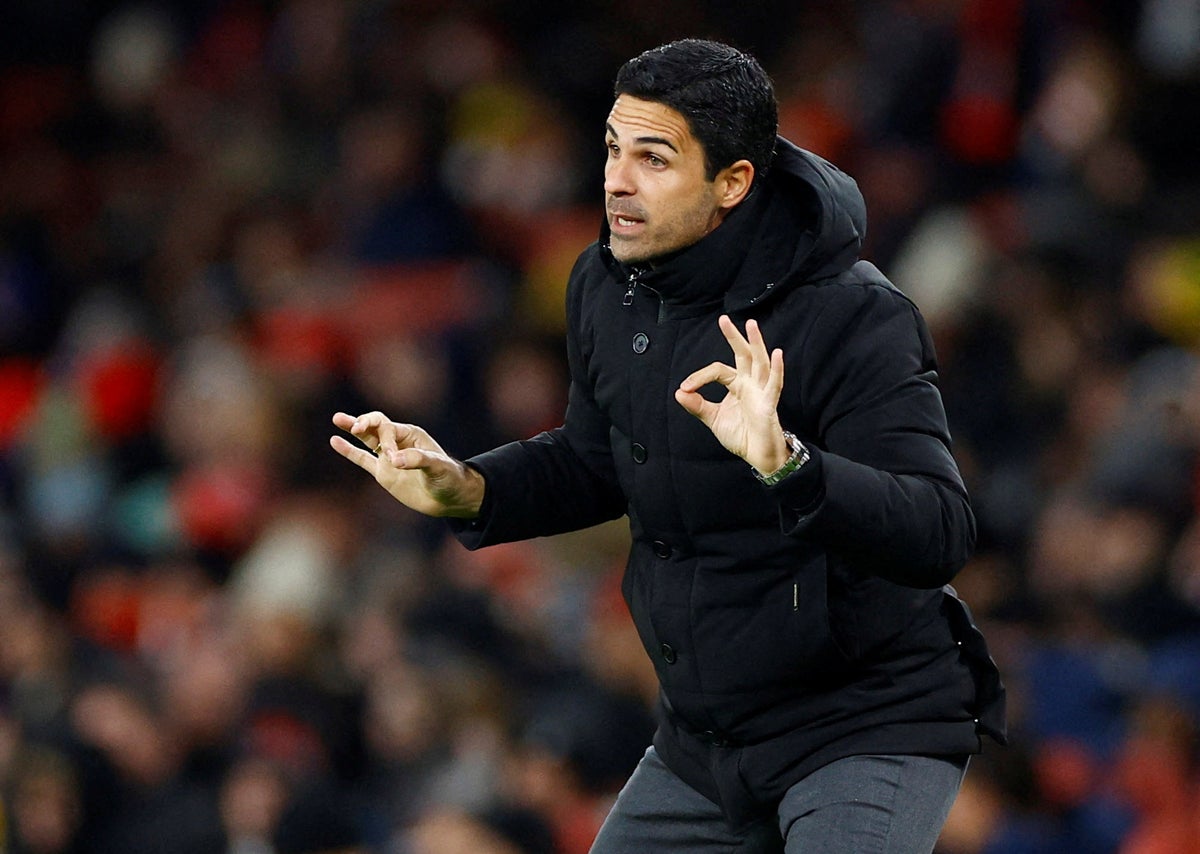 Arsenal hope to maintain their lead at the top of the Premier League table as they travel to Brighton for the first of a few tricky upcoming fixtures for the Gunners. Mikel Arteta’s men will need to win to keep themselves at least five points clear of the reigning champions, Manchester City.

Last time out Arsenal fought back from shipping to the first goal against West Ham to cruise to a 3-1 victory and maintain their four-game winning run. Gabriel Martinelli, Bukayo Saka and Eddie Nketiah all scored and will be hungry to add more to their personal tallies this evening.

Brighton will prove to be a stern test tonight though. Roberto De Zerbi’s men resumed their Premier League campaign with a comfortable 3-1 win over Southampton on Boxing Day and have thoughts of finishing in the European spots next year. The Seagulls come into the match seventh in the league but will keep up the pace with the likes of Liverpool and Manchester United if they defeat the Gunners.

Follow all the action as Brighton host Arsenal in the Premier League:

The late Premier League kick off is at 5.30pm and sees Brighton take on Arsenal at the Amex stadium.

The Seagulls are looking to make it two wins from two after defeating Southampton last time out, meanwhile Arsenal hope to maintain their lead at the top of the table.

This match takes place at the conclusion of the 3pm kick offs. Here’s how things stand as half-time approaches in those four games:

‘These things can happen’: Marcus Rashford explains reason for being dropped by Erik ten Hag

The Dutchman caused a surprise by dropping the England forward from the Red Devils side to play Wolves. Ten Hag would only reveal how Rashford’s issue was due to “disciplinary reasons” and that it concerned “our rules”.

But after coming on at half-time for Alejandro Garnacho and scoring the only goal of the game to take United into the top four, Rashford has discussed his predicament.

Marcus Rashford has scored five match winning goals as a substitute, the joint most in Premier League history. His form is continuing to propel Man Utd up the Premier League table.

They’re now up to fourth.

Marcus Rashford has scored 12 Premier League goals as a substitute with only Ole Gunnar Solskjaer (17) and Javier Hernandez (14) netting more from the bench for Manchester United in the competition.

The striker, dropped by boss Erik ten Hag for disciplinary reasons, grabbed his 11th goal of the season to send United into the Premier League’s top four with a 1-0 win.

Alejandro Garnacho had earlier wasted a golden chance, while David De Gea kept out Ruben Neves’ stunning free-kick at the other end.

United have now lost just one of their last 15 games since a 6-3 derby humbling to Manchester City in October, with ten Hag making his mark on and off the pitch at Old Trafford.

The forward had been left out of the line-up due to a disciplinary matter but he came off the bench to dart infield and power in the winner with a little over 10 minutes remaining, before his work rate and determination ended in another late strike which was ruled out for handball.

Alejandro Garnacho had the first big chance of the game after intercepting a short pass back to Jose Sa, but the Wolves stopper reacted well.

Antony also had a close-range opportunity, while Wolves were typically blunt despite some good approach play, with Ruben Neves’ free-kick the closest they came to scoring before Rashford won it for the visitors with his late hit.

Here are the player ratings from the game on New Year’s Eve:

Manchester United defender, Luke Shaw, spoke to BT Sport after the match and gave his opinion on Marcus Rashford and playing at centre-back.

“He [Rashford] is in a really good way at the moment, extremely confident, very positive, he is world class and he can be one of the best players in the world if he keeps going.” said Shaw,

“I’m really enjoying [playing at centre-back], I said to the manager I will play wherever he wants me to. It helps playing next to Varane, I’ve really enjoyed it with him talking to me all the time and helping me. I’m really happy to get the win and keep a clean sheet.

“At a top club like this it has to be like that, there has to be discipline. The manager takes all of that into consideration. People have got away with silly things before. Like you’ve seen today, if you don’t do the little things right then you won’t play.”

Wolves have now failed to score in nine of their 17 Premier League games this season. They need to bring in reinforcements during the January transfer window and have already signed Matheus Cunha.

It’s unlikely that they’ll stop with just one new forward too.

That win moves Manchester United up to fourth ahead of Tottenham. They’ll start 2023 in the Champions League places as Spurs their next fixture on New Year’s Day.

Wolves will begin the new year in the bottom three with 13 points from 17 games.

Marcus Rashford is Manchester United’s matchwinner. This is becoming a habit for him.