The name of sprinter Mack Robinson may not be as well-known as Jesse Owens, the star of the 1936 Berlin Games.

Robinson’s not even the most famous person in his own family, a distinction that goes to his younger brother, Jackie, who broke baseball’s color barrier in 1947 with the Brooklyn Dodgers.

Mack Robinson’s contributions to the history books were far-reaching, too.

Robinson was part of a group of 18 Black athletes from the U.S. who combined for 14 medals in front of Adolf Hitler at the 1936 Games. Led by Owens and his four gold medals, they dispatched the Nazi claims of Aryan supremacy with their performances at a stadium built as a celebration of the Third Reich.

“This was something that got the attention of people in professional sports as well. They saw this happening and began to rethink the old segregation business,” said author David Clay Large, whose book ” Nazi Games: The Olympics of 1936 ” recounts everything from athletic feats, to how the Games were nearly boycotted and to the first torch relay used as part of Nazi propaganda. “It didn’t happen immediately, but it started the ball rolling for the eventual integration of professional sports at the end of the following decade.”

Back then, the group of Black athletes weren’t invited to the White House to celebrate their achievements.

Eighty years later, their families were.

Although Robinson broke the 200-meter Olympic record that day, he wound up 0.4 seconds behind Owens to earn a silver medal. Williams (400 champion), Woodruff (800), Johnson (high jump) and Metcalfe (4×100) also took home gold along with Owens.

It would be the last Olympics until 1948 as World War II broke out.

The Berlin Games were almost boycotted by the U.S. and other nations over Germany’s racist policies. The influence of American Olympic Association President Avery Brundage swayed a close vote by the Amateur Athletic Union to attend on the provision that Germany assured there would be no discrimination against Jewish athletes. There were 49 nations in Berlin, which was more than any previous Olympics.

Metcalfe and Owens weren’t originally on the 4×100 relay team. They replaced Marty Glickman and Sam Stoller, two Jewish athletes on the squad. Large combed through archives to uncover a reason but found nothing definitive.

“It’s always been debated whether there was strict anti-Semitism involved in the decision, whether they were dropped in order to appease Hitler in some way,” Large said. “Or if (the coach) just wanted to be sure to win and the best bet for that was to have Owens in there.”

Before Michael Jordan and the “Dream Team,” there was Joe Fortenberry and the rain drops.

The center from Texas led the Americans to a 19-8 win over Canada for the gold medal as men’s basketball made its Olympic debut at the 1936 Berlin Games. Fortenberry led the way with eight points — in a driving rain storm, no less, with the game played outside. It was the first of 15 Olympic titles for the American men’s team.

The torch relay got its start with the Berlin Games as a propaganda tool to carry the symbolism of a new Germany. There were around 3,000 runners used over nearly two weeks to transport the flame from Olympia in Greece to Berlin.

Some of the countries the flame traveled through would eventually fall under Nazi control. German film director Leni Riefenstahl included footage in her 1938 movie “Olympia.”

Compelling stories from athletes in the ’36 Games were turned into best-selling books.

In Daniel James Brown’s book, ” The Boys in the Boat,” he recounts the tale about a group of working-class students from the University of Washington forming the eight-oared crew that edged out Italy and Germany for the gold medal.

Laura Hillenbrand authored ” Unbroken,” which featured Louis Zamperini who qualified for the U.S. team in the 5,000-meter race at the 1936 Berlin Olympics. In 1943, his bomber crashed into the Pacific Ocean and he drifted in the sea for 47 days before being captured by the Japanese Navy near the Marshall Islands. He spent more than two years as a prisoner of war, surviving torture.

It was turned into a movie directed by Angelina Jolie. 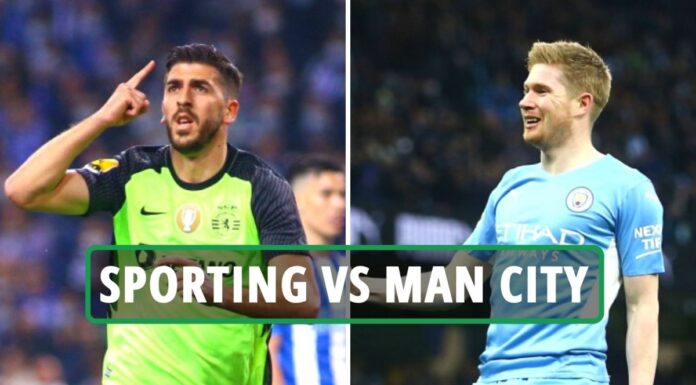 Juventus to go to war with Real Madrid over Mbappe and Haaland with Italians...