NYCOLE RAYSLA hilariously had to have a new squad number hand-painted on the back of her shirt during a recent Champions League tie.

The forward found herself wearing the DIY kit during Benfica’s Round Two first leg Champions League 3-2 win over Glasgow Rangers.

The Brazil-born striker normally wears the No9 shirt for the Lisbon-based club when she plays in the top tier of women’s football in Portugal.

But in the Champions League the forward, who has netted 35 goals in 55 top-flight appearances, is registered with No28.

At the start of the second half of her side’s clash with Rangers, Raysla was subbed on to replace team-mate Daniela Silva.

And seemingly unable to find a No28 jersey, Benfica officials resorted to daubing ‘28’ in white paint over the No9. 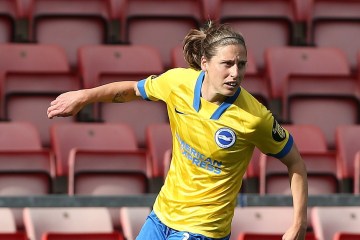 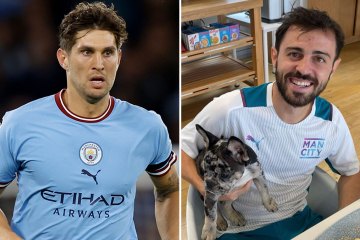 Rangers are currently top of the table in the Scottish Women’s Premier League.

The club have notched up 15 points after winning five of their first five games in Scotland’s top tier.

And they recently made history by reaching Round Two of the Champions League qualifying stages for the first time ever.

In the clash with Benfica, Kayla McCoy put Rangers 1-0 up in the 25th minute despite their opponents’ dominance by heading home a curled cross into the box from Brogan Hay.

Their Portuguese opponents levelled 13 minutes later with Ana Vitoria firing the ball past Rangers shot-stopper Victoria Esson at the near post.

The second spell saw the visitors take the lead with Vitoria bagging her second with a left-footed strike following Andreia Norton’s pass.

The hosts responded with McCoy firing the ball in the bottom corner in the 58th minute.

But in the late stages, they went behind after Esson’s catch from a corner went awry with the ball crossing the line in the 78th minute.

The result leaves Malky Thomson’s side needing a win at Benfica Campus next Wednesday to book their place in the Champions League group stages. 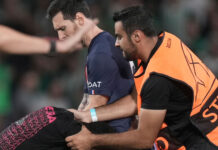