BAYERN MUNICH have held a secret meeting with Dayot Upamecano’s representatives, according to reports in Germany.

The highly-rated RB Leipzig defender is said to be a target for several big clubs, including Manchester United, Chelsea and Liverpool.

According to German newspaper Bild, Upamecano’s agents were seen entering the underground car park of Bayern’s offices on Thursday.

The club’s sporting director Hasan Salihamidzic has publicly expressed an interest in the defender.

He told Sky Sport in Germany: “Upamecano to Bayern? Of course we are thinking about him. We had a good meeting with his agents yesterday. Let’s see what happens.”

The 22-year-old has impressed since joining Leipzig from fellow Red Bull-owned club Salzburg in 2017.

He was named in the Champions League Squad of the Season in 2019-20 and made his France debut against Sweden in September.

Due to a release clause in his contract, Upamecano is available for just £38m this summer.

BEST BETS TODAY: GET THE TOP PRICES AND BOOSTS AVAILABLE

Liverpool are rumoured to be interested in the defender and his Leipzig colleague Ibrahima Konate.

The Liverpool manager has been without Virgil van Dijk, Joe Gomez and Joel Matip for large parts of the season due to injury.

But Manchester United could still make a £55m move for Upamecano this transfer window and scupper Klopp’s plans.

New Chelsea manager Thomas Tuchel is also said to be a huge fan of the France international and may battle United, Liverpool and Bayern for his signature.

If Upamecano does not move this transfer window, he and Leipzig will face Liverpool in the last 16 of the Champions League next month. 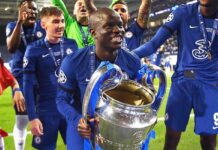