The federal lawsuit, filed Monday in Maryland, accuses Epic Games Inc. of unfairly profiting from the “Running Man Challenge” dance that Jared Nickens and Jaylen Brantley performed in social media videos and on “The Ellen DeGeneres Show” in 2016.

The “Running Man” dance that “Fortnite” players can purchase for their characters is identical to the dance that Nickens and Brantley take credit for creating, their copyright infringement lawsuit claims.

Other artists, including Brooklyn-based rapper 2 Milly and “The Fresh Prince of Bel-Air” star Alfonso Ribeiro, also have sued Epic Games over other dances depicted in the shooting game. Celebratory dances in “Fortnite” are called “emotes.”

Epic Games spokesman Nick Chester said in an email Tuesday that the company based in Cary, North Carolina doesn’t comment on pending litigation.

In response to the lawsuit Ribeiro filed in California, Epic Games attorneys argued that “no one can own a dance step or a simple dance routine.”

“Fundamentally, this suit is at odds with free speech principles as it attempts to impose liability, and thereby chill creative expression, by claiming rights that (Ribeiro) does not and could not hold,” they wrote in a court filing last Friday, urging the court to throw out his lawsuit.

The U.S. Copyright Office denied Ribeiro a copyright for the “Carlton” dance that his character performed on the 1990s sitcom.

“Copyright law is clear that no one can own individual dance steps or simple dance routines made up of multiple steps as they are building blocks of free expression, which are not protected by copyright,” company attorneys wrote.

Nickens and Brantley appeared on DeGeneres’ talk show alongside two New Jersey high school students who were posting videos of the dance online before the two University of Maryland basketball players filmed their own version. Brantley told DeGeneres that Nickens first showed him the dance in a video on Instagram.

“We dance every day for our teammates in the locker room,” Brantley said. “We were like, ‘Hey, let’s make a video and make everybody laugh.’”

Brantley, of Springfield, Mass., and Nickens, of Monmouth Junction, N.J., are seeking more than $5 million in damages.

“They have never made a nickel off of their creation,” said their attorney, Richard Jaklitsch.

Nickens is currently playing professional basketball in Canada, while Brantley is working as a sports agent, according to their lawyer. 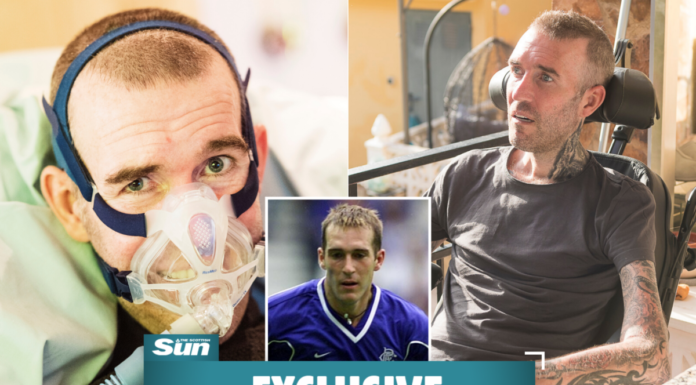 Meet the unknown Brit who is Ajax’s ONLY ever English player.. and became hero...