India’s Sania Mirza said her baby had his own “entourage” and was waking her up at night as she heads into her first Grand Slam tournament as a mother at the Australian Open.

Mirza, who will play doubles with Ukraine’s Nadiia Kichenok — fresh from winning in Hobart together — said life on tour was a little different with one-year-old Izhaan.

“My baby’s entourage is bigger than mine now. That’s the only way I’m able to give my 100 percent into training,” Mirza said on Sunday.

“It is a little more complicated. He sleeps in the same bed as me still, so he wakes up a couple of times a night. It’s basic things like that that you probably don’t think about when you’re not a mum.

“It’s things like that. I’m really lucky. I have a lot of help. My mum is there. My parents have been a great support. There’s no way I would have done it without them.”

Mirza, who won the 2016 Australian Open doubles with Martina Hingis, joins a select band of players including Serena Williams and Kim Clijsters who have returned to tennis after giving birth.

Sania Mirza (C) of India with Ukraine’s Nadiia Kichenok (L) and Bethanie Mattek-Sands of the US attend a press conference ahead of the Australian Open tennis tournament in Melbourne on January 19, 2020. (Photo by DAVID GRAY / AFP)

The 33-year-old, who is married to former Pakistan cricketer Shoaib Malik, said she hoped to show other South Asian mothers that having children doesn’t mean giving up on their dreams.

“I feel especially in the part of the world that I come from, when women have a kid or kids, it’s treated as kind of an end of their world, it’s all about the children,” Mirza said.

“I feel that women are made to feel if they go out and chase their dreams, they’re probably not the best mothers in the world. I hope that changes.

“I hope that if my victory or even one match can inspire even one woman to follow her dream or heart, I would be really, really privileged.” 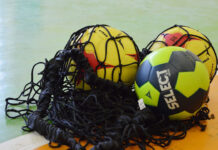 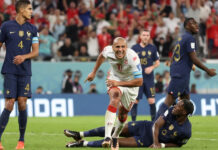 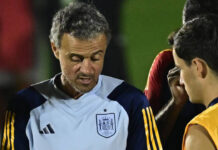 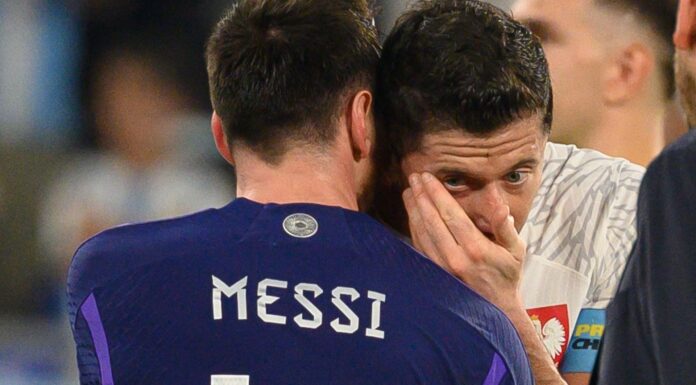 Robert Lewandowski reveals what he told Lionel Messi after awkward moment between pair during...