In the match against unequal pay in sports, Australia’s women soccer team has scored a victory.

The four-year deal entitles the women’s Westfield Matildas and the men’s Caltex Socceroos equal split of commercial revenues. It warrants players 40 per cent of prize money on qualifying for a FIFA World Cup, which is an increase from 30 per cent. The share of the prize money spikes to 50 per cent if they advance to the knockout stage of the tournament.

“Football is a game for everyone, and this new CBA (collective bargaining agreement) is another huge step toward ensuring that we live the values of equality, inclusivity and opportunity,” Football Federation Australia’s (FFA) Chairman Chris Nikou said in a joint statement on the matter.

“For the first time, player remuneration will be directly tied to the revenues generated by our National Teams — this will create a sustainable financial model that incentivizes players and FFA to collaborate and grow the commercial pie together.”

But the victory isn’t perfect. While the new agreement is a clear improvement, prize-money earnings for women players still don’t match their male counterparts.

The Socceroos’ reportedly earned $5.5 million for merely qualifying at the men’s 2018 World Cup in Russia. They failed to win a game. The Matildas, meanwhile, earned about $700,000 for making it to the knockout stage in this year’s Women’s World Cup in France.

In June, the team joined a choir of teams that called on FIFA to bring prize-money parity ahead of the Cup. That’s where the fight for equal pay among professional soccer players found new momentum.

Fight for equal pay in the U.S.


The suit claims U.S. soccer paid women less than men “for substantially equal work and by denying them at least equal playing, training, and travel conditions; equal promotion of their games; equal support and development for their games.”

The players are seeking equitable pay — salary on the same scale as the men’s team.

The case will be taken to trial in May.

Their push for equal pay was threaded through the World Cup in France, which the U.S. team won. After beating the Netherlands 2-0, the crowd in the stadium chanted “equal pay, equal pay!”

“Yes, (we) definitely heard that as we were lining up,” said U.S. soccer star Megan Rapinoe.

“I think everybody is ready for it. Everybody wants it.”

“Everybody is ready for the conversation to move to the next piece, and to have something like that — and, obviously, in the biggest match — that went so far beyond anything … it was pretty incredible.”

This year’s tournament was touted by FIFA as the best yet, taking in a record one billion television viewers.

While the league doubled the prize money pool for women to US$30 million this year, with US$4 million given to the winning team, it still pales in comparison to the men, whose winning team pulled in $38 million from a $400 million pool.

Back in March, just prior to the start of the World Cup tournament, the Canadian Soccer Association struck a two-year compensation deal with the women’s national team.

While the finer details of the deal weren’t publicized, it was welcomed by players, including midfielder Diana Matheson, who called it a “positive step” between Canada Soccer and the players’ union.

The agreement will take the team past the Olympics.

There is hope among professionals that the landmark ruling for Australia’s Matildas will encourage more girls to get involved in sports.

2:03Why are girls ditching sports earlier than boys?


Why are girls ditching sports earlier than boys?

Research from the Women’s Sports Foundation cited lack of opportunities, access to equipment and social stigma as key reasons behind why girls drop out of sports two times the rate of boys by age 14.

The league’s chairman said he hoped the next generation would see the pay agreement as a step in the right direction.

“It means whether you are male or female, the value football places on your jersey is no different.”

He added: “[It’s] a chance to be an Olympian, and the lure of playing at a FIFA World Cup, regardless of your gender.”

—With files from the Associated Press and Reuters 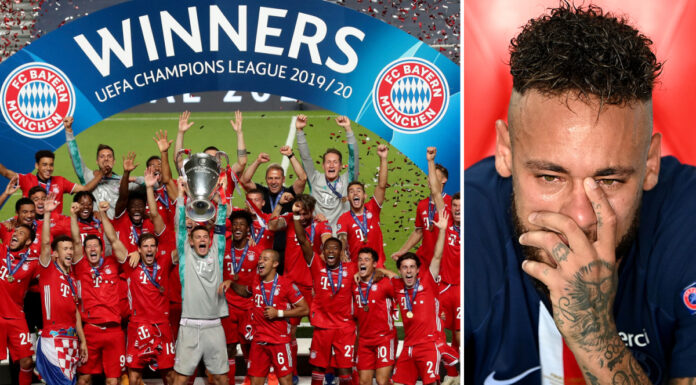