ATLETICO MADRID’S president incredibly proposed his side should be crowned Champions League winners if the season is cut short – because they knocked out holders Liverpool.

Diego Simeone’s men dumped out the reigning champions in the last-16 stage back in March to progress to the quarter-finals.

After a 1-0 win at the Wanda Metropolitano in the first leg, Atleti went through after a memorable night at Anfield as Marcos Llorente scored twice and Alvaro Morata sealed the extra-time win.

And Enrique Cerezo suggested that should be enough to determine who the 2019/20 winners are in the case of the tournament not being finished.

He said: “We have to pay attention to the mayor of Madrid and the hypothetical case that the Champions League was not played because of the coronavirus.

The ridiculous suggestion will of course not go down well with Atalanta, Paris Saint-Germain or RB Leipzig, who have already booked their spot in the last eight.

Manchester City, Bayern Munich, Barcelona and Juventus are the favourites to join them with football suspended before their seconds legs against Real Madrid, Chelsea, Napoli and Lyon respectively.

One probable resolution to get the competition completed is to play the quarter-finals and beyond in a two-week mini-tournament in one city in August.

The final was due to take place in Istanbul but it now looks set to be moved with Uefa chiefs told the Turkish city cannot stage the showpiece match, now pencilled in for August 28.

Madrid’s mayor revealed the city was in talks over hosting the latter stages but Lisbon is the more likely destination with two “five-star” grounds – Benfica’s Stadium of Light and Sporting’s Estadio Jose Alvalade – little more than a mile apart.

Other alternatives were Frankfurt and Moscow, but the continued high Covid-19 rate in the Russian capital appears to have ruled it out of the running.

Uefa’s ruling executive committee will make a final decision next week on the venues and the format of the rest of the Champions League as well as the Europa Leauge.

It is expected Uefa will announce the outstanding last-16 ties must be played on the weekend of August 8 and 9.

But it seems likely that Uefa will agree the remaining ties should be played as one-off games in a neutral venue, to ensure the season is completed.

Atletico Madrid chief Cerezo – who would prefer a “traditional” format but appreciates the unique circumstances – added: “There are still a few knockout games left, the quarter-finals, the semis and the final.

“We understand that Uefa is trying to centralise all these matches in one city. There was talk of Spain or Portugal and making a finals of the four who remain.

“Nothing is known yet, until it is official it is speaking for speaking.”

Atletico return to LaLiga action on Sunday as they travel to take on Athletic Bilbao.

As things stand, with 11 games of the season remaining, Simeone’s side are down in sixth and out of the Champions League places, albeit just two points off fourth-placed Real Sociedad.

Get Britain’s best-selling newspaper delivered to your smartphone or tablet each day – find out more. 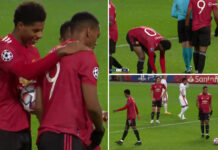 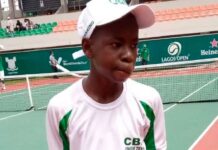 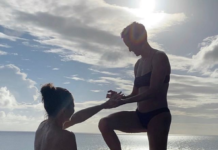 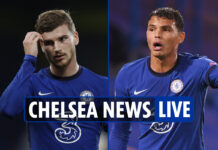 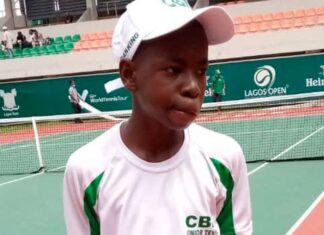