ENGLAND at last have an abundance of midfielders who can get on the ball and pick a pass as well as drive at the opposition.

The likes of James Maddison, Mason Mount, Ross Barkley and the returning Alex Oxlade-Chamberlain give Gareth Southgate a whole host of options in an attacking sense.

And that’s before Dele Alli and Ruben Loftus-Cheek get back from injury.

To trouble the best sides in World Cups and Euro Championships they still need to learn to keep hold of the ball better.

But coming up against Kosovo and Bulgaria, perfecting how to break down more defensive teams will be key for Southgate.

The England boss appears set on 4-3-3, which is perfect, especially considering how many of the squad play in that system with their clubs.

It can also be a counter-attacking system that allows them to sit in a 4-5-1 against the bigger nations when not dominating possession.

And lining up in a 4-3- 3 on Saturday, there are a number of ways England can look to exploit Bulgaria.

They will set up with two lines of defence, playing deep and narrow to try and frustrate at Wembley.

So option No1 for England is to try and create space out wide.

For this, the possible front three of Harry Kane, Jadon Sancho and Raheem Sterling could look to play really narrow in the centre of the pitch.

The last thing the opposition will want is to leave themselves outnumbered there so will want at least four players covering there.

But while shoring up the centre, huge swathes of space will be left out wide for England’s full-backs to push on into.

And when they do get on the ball they will be crossing into a loaded box with three forwards and attacking midfielders.

Option No2 is to create room for your attacking midfielders to get on the ball, and burst into gaps down the middle.

To do this Southgate could play Sterling and Sancho high and wide.

If full-backs stay narrow they will have all the time and space in the world.

But if the full-backs do push out wide then the gaps are left in between the centre-backs and full-backs for midfielders to get into.

Learning how to break these sides down is crucial and the best national teams find ways of doing it.

Just as the likes of Pep Guardiola and Jurgen Klopp do, Southgate will have a plan A and B, the flexibility to tweak in game how they set up.

The other thing he will want to get on top of in these two games is making sure they are not vulnerable to the counter-attack.

Bigger nations will have more of the ball, which naturally makes them more susceptible to it.

Essentially you always need four behind the ball.

You can be your most vulnerable when attacking, and England need to ensure they are compact so Bulgaria can’t spring a surprise at Wembley. 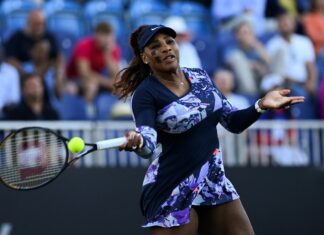