ARSENE WENGER is despearate to return to management – revealing he “can’t live” without feeling the pressure of the dugout again..

The Frenchman, who will be 70 next month, admitted he has sometimes become “bitter” without the “excitement” of his 22-year reign as Gunners boss, which ended in May 2018.

Wenger, who says he is now “disconnected” from Arsenal, told beIN SPORTS he is now ready to return -and not necessarily as a No 1 – having already found some offers difficult to reject.

He said: “I can’t live with the fact that I’ll never be on the bench again.

“I might go for an intermediate position. I would like to experience one more time the intensity of a competition.

“I had a reluctance to go back into the heat again (but) it was difficult to say no to some people.”

Wenger steered the Gunners to three Premier League titles and FA Cup glory seven times before deciding to step down at the end of the 2017-18 term when it became clear the board might seriously ponder his future.

But Arsenal last lifted the Prem crown in 2004 and Wenger bowed out by finishing sixth, seven points behind Chelsea in fifth and 37 adrift of champions Manchester City.

Nonetheless, his legacy of pure passing football remains and Real Madrid were among the clubs rumoured to have since shown interest in him.

Now he insists he has “reinvented” his life after finally separating emotionally from the Emirates.

Wenger said: “When you have been in the game for such a long time, I would never have felt I could leave Arsenal without being disconnected from the club, but I had to reinvent a new life.

“Sometimes you could become a bit bitter because you don’t have the same excitement anymore, and I’m very happy to have survived but in a very positive way because I’m conscious to have 22 years is exceptional.

“I was very lucky to guide this club for 22 years – with a touch of class always.

“So overall I must say that I’m happy to have disconnected.

“I managed to do that because I feel somewhere that I gave my heart and my brain as much as I could when I was there.

“And then you have to accept that. It’s like educating children. You have to let them go their way and continue to be successful.” 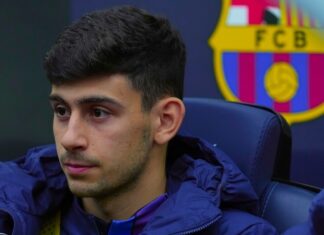