MATHEUS CUNHA has reportedly emerged as a transfer target for Arsenal as they seek to replace crocked ace Gabriel Jesus.

Cunha, 23, is on the for-sale list at current club Atletico Madrid.

And Arsenal are seeking to take advantage of this by bringing the Brazilian forward in to cover for the long-term absence of Jesus, who underwent knee surgery earlier this month.

The Gunners have been considering their options in the January market, including keeping faith in Eddie Nketiah or recalling Folarin Balogun from his loan move at Reims.

However, reports of Arsenal seeking a solution in the transfer market are gaining pace, with Cunha the latest player revealed to be on their radar.

Goal reports Arsenal are one of four Premier League clubs interested in the ex-Hertha Berlin striker. 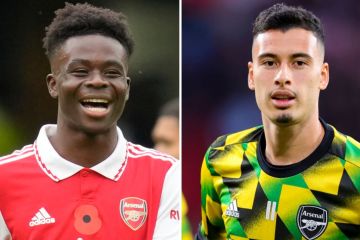 Wolves are the current frontrunners to sign Cunha, while Leeds have also held talks regarding his transfer.

Arsenal and Aston Villa are the other English sides linked with a move, with Unai Emery looking for fresh reinforcements to help Villa avoid the drop.

The interest from Mikel Arteta’s side could disappear, however, if they manage to bring in the likes of Mykhyalo Mudryk or even Joao Felix.

Cunha’s lack of form at club level is likely to make the activation of his £87million release clause from Atletico unlikely, but the club will sell for under that.

He has netted just seven goals in 54 appearances since joining in the summer of 2021.

And this year he has failed to bag even one goal in any of the 510 minutes he has played across all competitions.

This poor form saw him miss out on a spot in Tite’s Brazil World Cup squad, with his last international appearance coming in September. 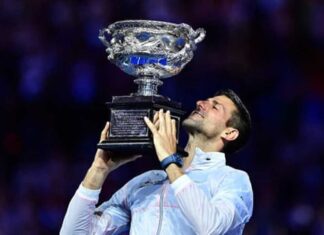