Arsenal transfer target Andre Onana has rejected a new contract offer from Ajax and will leave for free next summer, reports say.

And reigning Serie A champions Inter Milan are in advanced talks over a potential four-year deal.

According to Italian journalist Nicolo Schira, Onana has decided to leave Ajax next summer for free.

The keeper – who has attracted interest from a host of top European clubs including Arsenal – has rejected a contract extension.

And cash-strapped Inter have decided to make the first move for the goalkeeper, offering the Cameroonian international a four-year contract.

According to Italian outlet Tuttosport, the cash-strapped Serie A champions Inter will target affordable alternatives in the next transfer window.

Leno, 29, is coming into the final year of his contract meaning Inter can negotiate a pre-contract from January 2022.

Arsenal’s technical director Edu has defended the spending this summer, highlighting the age of the players bought.

The Gunners are trying to build a team for the future, and bought six players aged 23 or under this summer.

He told Sky Sports: “We have to see the wider context than just to see the money around it.

“We signed six players who are under 23, which means a lot in terms of our planning.

“It’s a lot, almost a revolution. But how are you going to fill those 21 holes? You need time, you cannot come in and do it straight away.

“They (new recruits) are young but we have five senior players in the squad and in the first 11… Around those five we have very, very good, talented players which we believe in.”

Martin Odegaard has claimed he decided to rejoin Arsenal because he wanted stability.

The midfielder returned to the club after a loan spell last season with the Gunners.

Speaking while on international duty, the Norway star said: “I am so happy to be back in Arsenal. I loved it here from the first day I came in January

“I wanted stability. I wanted to settle down somewhere with a lot of good players who want to establish the club back in the top, with a good manager.

“That’s why I think Arsenal is pretty perfect for me.” 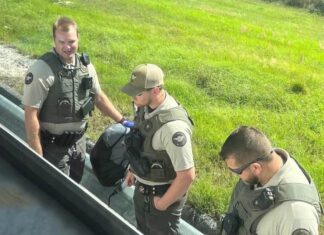