ARSENAL fans are concerned that Pierre-Emerick Aubameyang will fall victim to the “captain’s curse” and quit the club after his latest AFTV fallout.

The star man, recently handed the armband after Granit Xhaka was stripped of captaincy, was forced to defend his close relationship with the controversial channel.

AFTV have been notorious for taking aim at the Arsenal board and managers in the past.

More recently they have been critical of current manager Unai Emery following the club’s precarious run of form.

Reports claim that his relationship with the channel has caused a divide in the changing room but he responded to critics with the message: “I talk with who I want whenever I want and if somebody’s not happy with… you already know.”

It is claimed that “complaints have been lodged” about host Troopz’s involvement with Aubameyang and that the forward has been asked to “stop engaging” with the contributor.

Now Arsenal fans believe it could be enough for their star man to quit the club.

The supporters have a conspiracy that whenever a player is named captain, it always ends badly for the player or club anf they end up leaving.

Aaron Ramsey also quit the club on a free transfer to join Juventus.

Writing on social media, one wrote: “Aubameyang is gone in January, captain curse at my club in banter.”

Another said: “Aubameyang is leaving soon, the captain’s curse has struck again. Arsenal has turned into a real life sitcom.”

A third added: “If Arsenal’s captain curse continues that Aubameyang will leave Arsenal next season.”

Aubameyang is gone at the end of the season if Emery isn’t sacked soon. And without CL, I’m not sure we can attract a player of his calibre.

Aubameyang is gone in January init lmfaooooo, captain curse at my banter of a club

Aubameyang Arsenal’s new captain in the news again?? That armband is actually a curse 🤣🤣🤣

Aubameyang is leaving soon, the captain’s curse has struck again. Arsenal has turned to a real life sitcom 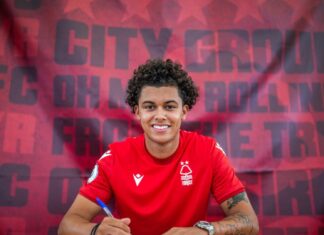