Major league baseball is the subject du jour. I spoke fleetingly of the scandal surrounding the Houston Astros a few weeks ago. I was thankful that my Pop isn’t around to witness the stench covering his favorite pastime. If you are a reader of this space, you know Sam had a love for baseball like no other. He played sandlot ball as a kid; shagged fly balls and sold refreshments at Griffith Stadium as a teen. He went on the road with white teams who billed him as an Algonquin Indian, traveled as Jackie Robinson’s roommate (despite the misinformation found in the movie “42”) and culminated all of this with enshrinement into The Baseball Hall of Fame in Cooperstown.

If you don’t know, the Astros had allegedly stolen signs from other teams. This was asking for a fight. There is an axiom, “Where there’s smoke, there’s fire” and it certainly applies here.  A few of the Astros players, who have moved on to other teams, have spilled the beans and the league is trying to figure out what to do about it.

I mentioned Sam’s strong passion for baseball, and I have some of this passion running through my veins — though not as passionate. As a kid, Sam would take me out to the backyard and I would field ground balls with my face until my top lip looked like hamburger.  My Mom objected, but I was up for the task and the routine continued.

It occurred to me that maybe this new scandal wouldn’t affect Sam quite as much as I thought.  Sam was born in 1903, so he was around when the Great Depression exploded on the American public causing people to jump out of windows and creating soup lines for those affected.  He was around for the Chicago fire which left 300 dead and caused millions of dollars worth of damage; The St. Valentine’s Day massacre that woke up a lot of people and vaulted Al Capone to the Public Enemy #1 status. He observed one of the greatest baseball scandals in history drop onto the public; The Black Sox Scandal, where eight of the Chicago White Sox players took bribes to throw the World Series.  Among these players was America’s favorite player, “Shoeless” Joe Jackson. On that subject, I want to shed a little light on Jackson’s moniker, “Shoeless”. Many attribute the name because Jackson was a country bumpkin from Pickens County, S.C., but that is not the case. Joe was in fact wearing new kicks when the moniker was born. The new shoes were creating a lot of pain in the corn field area of his feet, so he shed the shoes and finished the game shoeless.

Have you noticed that Chicago has a front seat in the bad boy column?

So, having lived through the perils of Chicago as a 26 year old, Sam was hardly disturbed by this latest faux pas. 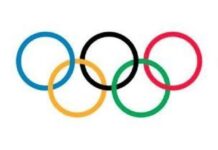 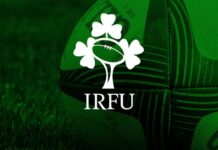