‘It’s written… I WILL be world champion’: Angel Di Maria’s wife reveals messages that show he told her Argentina would beat France the day before the World Cup final – AND he predicted he would score!

Angel Di Maria‘s wife Jorgelina Cardoso has posted WhatsApp messages on social media sent by her husband where he correctly predicted that Argentina would beat France and he would score in the World Cup final.

Di Maria battled with fitness issues throughout the tournament in Qatar, as he sat out Argentina’s wins against Australia and Croatia, while only coming on as a late substitute in their quarter-final victory against the Netherlands.

However, he was extremely confident of playing and making a big impact in the final, as he messaged his wife 24 hours before the game to assure her that Argentina would emerge victorious and he would find the net. 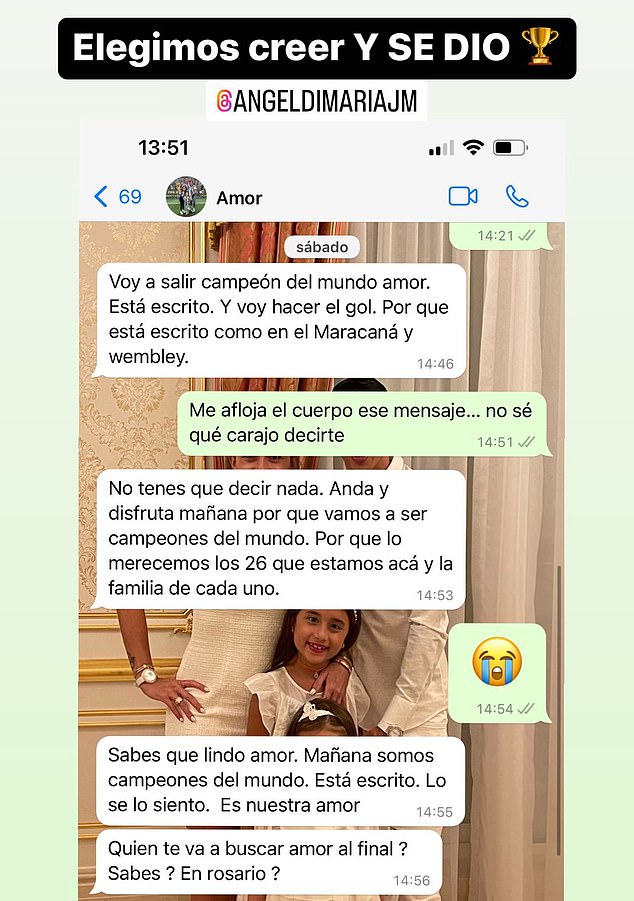 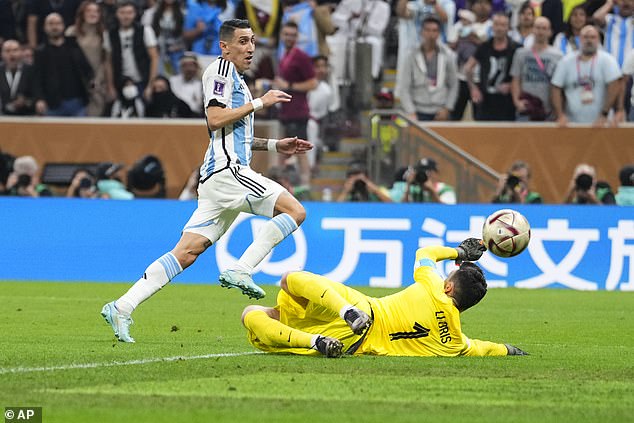 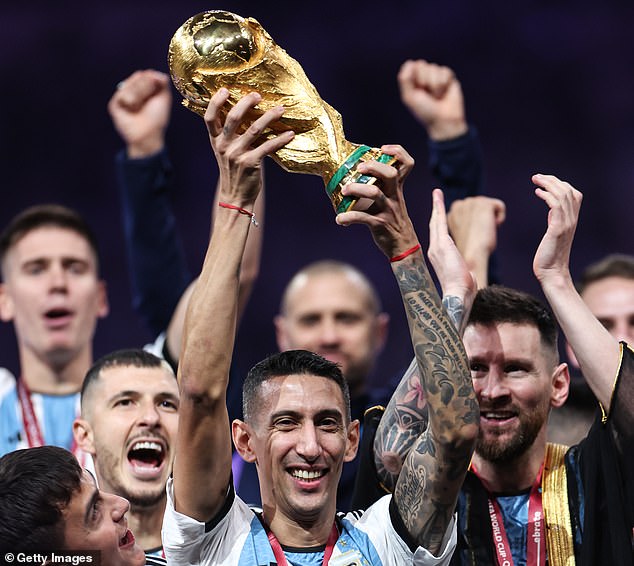 ‘I will be world champion, my love. It is written. And I will score a goal. Because it is written like at the Maracanã and at Wembley,’ Di Maria wrote on Saturday.

Di Maria was referring to the two most recent finals that he had played with Argentina when he scored the winning goal against Brazil in the Copa America last year, and then netted again in his team’s 3-0 win against Italy in the UEFA Cup of Champions in June.

Cardoso replied: ‘This message melts my body, I don’t know what the hell to tell you.’

Di Maria responded: ‘You don’t have to say anything. Go and enjoy everything tomorrow because we will be world champions. Because the 26 who are here and everyone’s families deserve it.’

He then added: ‘Do you know how beautiful my love? Tomorrow we will be world champions. It is written. I feel it. It is ours, my love.’

Di Maria’s prediction came true as he returned to the starting line-up to star in the final. 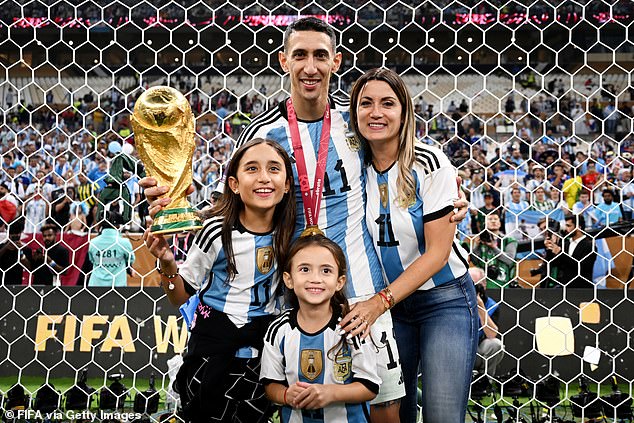 The 34-year-old won the penalty for Argentina’s first goal, and then scored himself as he finished off a stunning team move to double his side’s lead before half time.

Having hardly played in the lead-up to the game, Di Maria tired after the break and was taken off just after the hour mark.

He had to watch on nervously as France mounted a thrilling comeback, taking the game to extra time and then penalties.

However, Argentina just about came out on top, with France missing two of their spot-kicks to hand the South American side the trophy.

Di Maria got to see his wife in person after the final as Argentina’s celebrations started, and Cardoso has revealed what he told her straight away.

‘The first thing Ángel said to me after the game was “I told you so,”‘ Cardoso said. 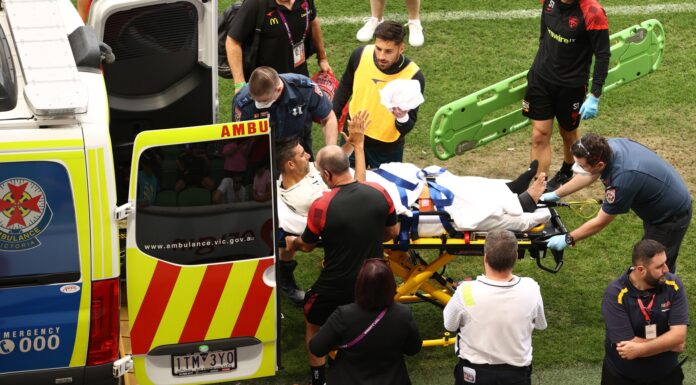