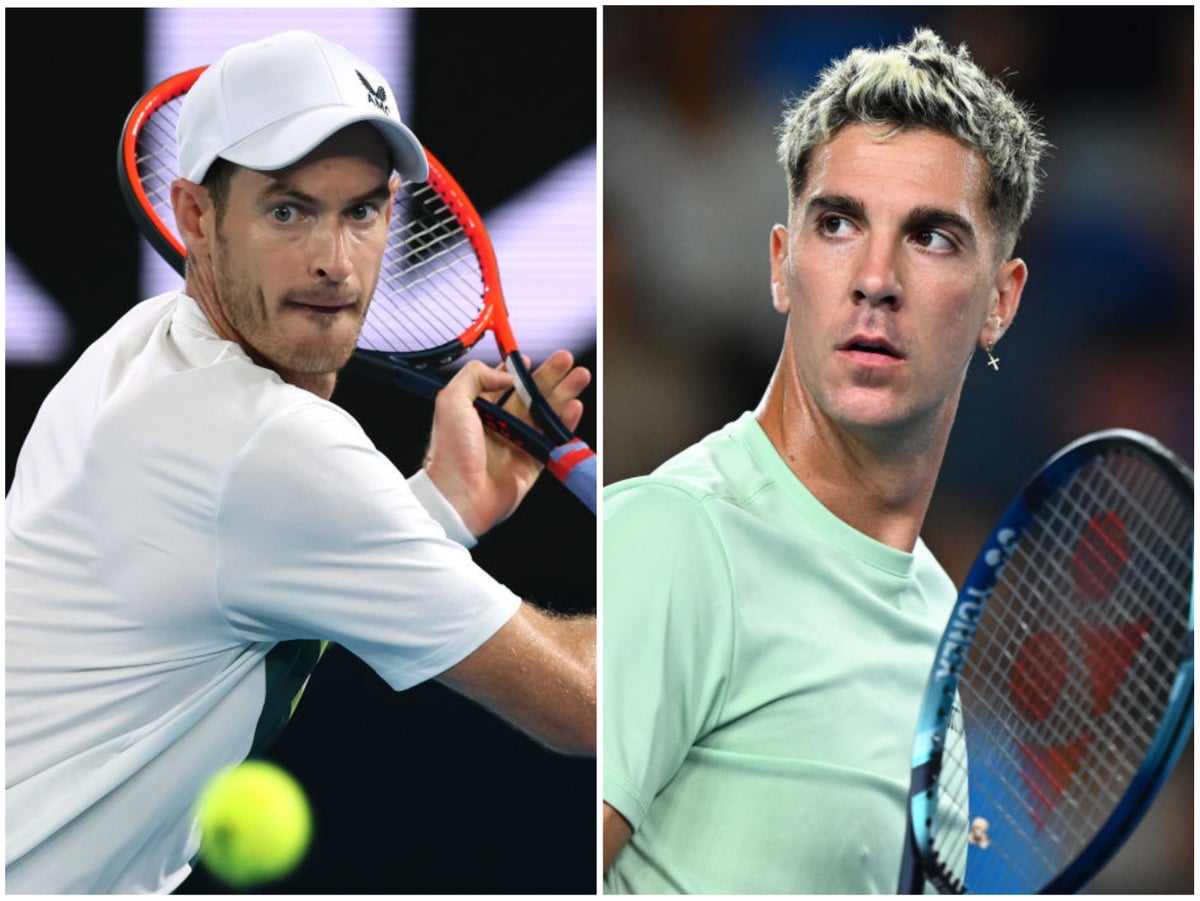 Follow live updates from the Australian Open as Andy Murray takes on home favourite Thanasi Kokkinakis in the second round in Melbourne. Murray is looking to build on his sensational opening victory over Matteo Berrettini after the 35-year-old rolled back the years to claim a stunning five-set win against the 13th seed, his best result at a grand slam in half a decade.

Murray now faces the 26-year-old Australian Kokkinakis in what should be a lively encounter at the Margaret Court Arena. A former top-10 junior player, Kokkinakis’ promising career was disrupted by injury and he currently finds himself outside of the top 100, but he will have the backing of the home crowd as he looks to reach the third round of the Australian Open for the first time.

Earlier, American Jenson Brooksby upset second seed Casper Ruud 6-3 7-5 6-7(4) 6-2 to claim the biggest win of his career and reach the third round. Brooksby squandered three match points in the third set but regained his composure to send Ruud packing in just under four hours on Rod Laver Arena. Dan Evans is also through after an ill-tempered win overJeremy Chardy.

Novak Djokovic, meanwhile, takes on the French qualifier Enzo Couacaud in the headline match on Rod Laver Arena. Follow live updates and the latest scores from the Australian Open in our live blog below.

Novak Djokovic emerges out onto the Rod Laver Arena to another big ovation, where he will face the French qualifier Enzo Couacaud. It’s the biggest match of Couacaud’s life and he faces one of the biggest challenges in tennis: defeat Djokovic at the Australian Open. The nine-time champion has not lost a match here since 2018 and has won 22 in a row.

The night session is running behind schedule, but this will get underway very soon.

Claire Liu and Belinda Bencic have only just started their warm-ups on the Margaret Court Arena – so Andy Murray is facing a very, very late night.

So get this, one of these players will be playing in an Australian Open semi-final after a remarkable of day of results in the bottom half of the men’s draw:

Roberto Bautista Agut is the top seed at #24, but he is 6-4 4-1 down to the American qualifier Brandon Holt!

The shocks continue on a stunning day at the Australian Open!

The American wasn’t even supposed to have made the main draw but is now into the third round, where he will play JJ Wolf.

“I had my bags packed and my flights booked back to the US,” Mmoh said in his on-court interview. “Life is crazy. When you think everything is looking dark, there’s light at the end of the tunnel.”

It’s a stunning upset for the Australian wildcard against the eighth seed American Fritz, and it has delighted the home crowd in an electric atmosphere on John Cain Arena.

“This win means so much to me,” says an emotional Popyrin. “I had the toughest year last year. I didn’t win many matches. I’ve won as many matches this year as I won the whole of last year, and it’s only January.

“I couldn’t have done it without you guys, you were incredible.

Raw emotion from the 23-year-old Australian.

Caroline Garica marches on! The French number four seed won the big points at the big moments to win 7-6 7-5 in just under two hours on Rod Laver Arena. That was a proper battle, and Garcia had to save set points in the second set in order to progress against the 20-year-old. She was also down 2-5 in the first-set tiebreak.

“I felt the first set was a robbery, but I just tried to play one point at a time,” she says. Garcia is one to watch as she advances into the third round.

Australian Open 2023: Nadal set to be out for up to eight weeks

Rafael Nadal is expected to be sidelined for between six and eight weeks with the injury he suffered at the Australian Open on Wednesday.

The Spaniard’s reign as champion at Melbourne Park ended prematurely in the second round with defeat by American Mackenzie McDonald.

Nadal pulled up suddenly late in the second set and clutched at his left hip. He opted to finish the match after an off-court medical timeout but his movement was severely hampered.

The 36-year-old underwent a scan in Melbourne on Thursday morning that showed a grade two tear of his iliopsoas muscle.

An update from Nadal’s team said he would return to Spain for a period of rest and treatment, with the normal recovery time for the injury from six to eight weeks.

If that timeframe proves correct, Nadal could also miss the BNP Paribas Open in Indian Wells at the start of March but should be recovered in time for his favourite European clay-court swing.

Casper Ruud admitted a lengthy exhibition tour with Rafael Nadal may have compromised his Australian Open chances after joining the Spaniard in making an early exit.

A day after Rafael Nadal limped to defeat against Mackenzie McDonald, second seed Ruud was beaten 6-3 7-5 6-7 (4) 6-2 by another American, Jenson Brooksby.

The result means the men’s event has lost its top two seeds before the third round for the first time at any grand slam since here in 2002.

Ruud, a finalist at the French Open and US Open last year, had limited pre-season training after joining Nadal on a tour of Latin America lasting nearly two weeks.

The Norwegian said: “It’s very easy to sit here now and say that was bad for maybe both Rafa and I due to the fact that we lost early here.

“(The preparation) was maybe not enough to be able to perform well here this year. So it will be considered by me and my team what we will do in December this year, and if this was the right way to prepare for the Australian Open or not.

“Maybe it looks like it was not the right way, but there are many factors that come into play.”

Taylor Fritz battles on! In a raucous atmosphere on John Cain Arena against the Australian and home favourite Alexei Popyrin, the number eight seed survives a fourth-set tiebreak to force the deciding set.

There are a few more potential upsets flying around too. Alexander Zverev is now two sets to one down against the lucky loser Michael Mmoh on the Margaret Court Arena. American Mmoh, who is ranked outside of the top 100, leads 6-7 6-4 6-3 against the talented German Zverev. 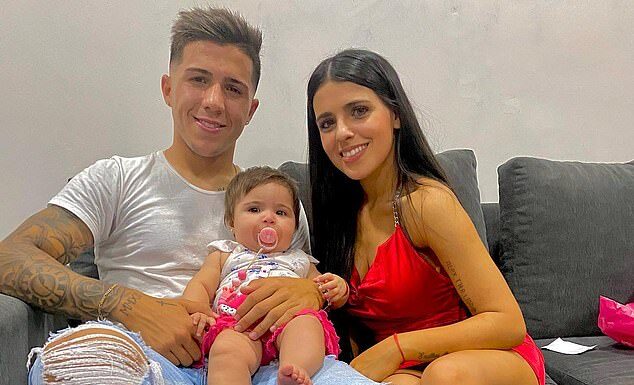