By Rob Maaddi,
The Associated Press

Deshaun Watson’s six-game suspension will stand only if the NFL allows it.

The punishment given to the Cleveland Browns quarterback by disciplinary officer Sue L. Robinson for violating the NFL’s personal conduct policy fell far short of the one-year suspension the league wanted.

No problem. Because of the collective bargaining agreement, the league can appeal Robinson’s decision and NFL Commissioner Roger Goodell or a person he designates could then increase the suspension and impose a substantial fine.

The ball is in the NFL’s court.

The league has three days to file an appeal and is mulling its options.

Still, the NFL Players Association could then try to challenge Goodell’s ruling on an appeal in federal court.

One league official told The Associated Press before the three-day disciplinary hearing was held in June that both sides should try to avoid an appeal. The union already announced Sunday night it would abide by Robinson’s ruling.

However, the public reaction could determine the NFL’s next step. It wouldn’t be the first time the league reacts to an outcry from its followers.

“The NFL may be a ‘forward-facing’ organization, but it is not necessarily a forward-looking one,” Robinson wrote in the conclusion to her 16-page report on the suspension. “Just as the NFL responded to violent conduct after a public outcry, so it seems the NFL is responding to yet another public outcry about Mr. Watson’s conduct. At least in the former situation, the Policy was changed and applied proactively. Here, the NFL is attempting to impose a more dramatic shift in its culture without the benefit of fair notice to — and consistency of consequence for — those in the NFL subject to the Policy.”

Robinson was referring to the league changing its personal conduct policy in 2014 after former Baltimore Ravens star running back Ray Rice was initially suspended two games for domestic violence. Rice was later banished indefinitely after a video of the incident surfaced. An arbitrator overturned that suspension but Rice never played again in the league.

Back then, Goodell had the authority to impose discipline for violations of the personal conduct policy. That changed in the 2020 CBA when the union negotiated the process to have a disciplinary officer make that ruling.

In handing down a six-game suspension, Robinson noted the league acknowledged during the hearing that its recommended punishment was “unprecedented” and she concluded the NFL should not change its standards of discipline for nonviolent sexual assault without giving fair notice to players.

“While it may be entirely appropriate to more severely discipline players for non-violent sexual conduct, I do not believe it is appropriate to do so without notice of the extraordinary change this position portends for the NFL and its players,” Robinson wrote.

To be clear: Robinson sided with the NFL in determining Watson violated three provisions of the personal conduct policy: sexual assault; conduct posing a genuine danger to the safety and well-being of another person; and conduct that undermines or puts at risk the integrity of the NFL.

The retired federal judge also rejected Watson’s denials of wrongdoing and considered his “lack of expressed remorse” to be an aggravating factor.

But, she couldn’t impose the severe penalty the NFL sought because it would be changing the penalty after the act.

Using Goodell’s words in Tom Brady’s deflated football case, she wrote: “I am bound ‘by standards of fairness and consistency of treatment among players similarly situated.’”

Now, it’s up to the NFL to accept her decision or appeal, and there are varying opinions within the league offices.

An appeal would undermine the collectively bargained process with the jointly appointed disciplinary officer, and make it seem like a sham. Accepting Robinson’s decision leaves the NFL open to criticism because it could be perceived as lenient. 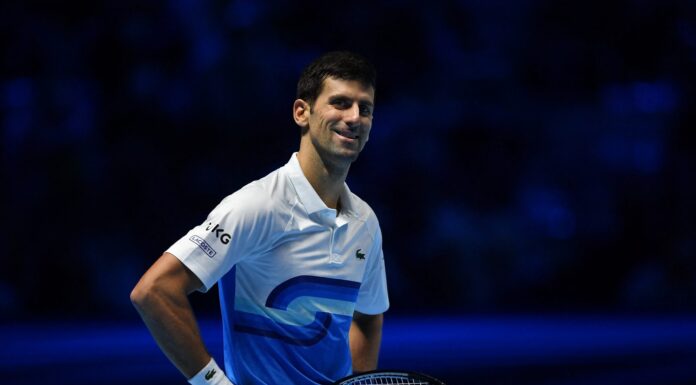