Defending champion Naomi Osaka consoled a tearful Coco Gauff after a crushing US Open victory Saturday in a showdown billed as “the future of women’s tennis” while Rafael Nadal cruised into the last 16.

World number one Osaka overpowered 15-year-old Gauff 6-3, 6-0 in 65 minutes to keep her title defense on track before sharing a warm embrace with an opponent overwhelmed by the occasion in the New York spotlight.

The emotional clash was followed by tearful on-court interviews, Osaka asking Gauff to join her with the microphone as they met at the net.”It was kind of instinctive because when I shook her hand, I saw that she was kind of tearing up a little. Then it reminded me how young she was,” Osaka said.

“I wanted her to have her head high, not walk off the court sad. I want her to, like, be aware that she’s accomplished so much and she’s still so young.”

Osaka said the match was one of her best since winning the Australian Open title.

“This is the most focused I’ve been since Australia,” Osaka said, telling Gauff: “Sorry for playing you in this mentality.”

The primetime third-round clash at Arthur Ashe Stadium pitted 21-year-old Japanese star Osaka against the American, who made a fourth-round Wimbledon run on her Grand Slam debut.

But Gauff, the youngest player through to the third round here since Anna Kournikova in 1996, struggled in her first match under the lights on Ashe.

“She (Osaka) did amazing and I am going to learn a lot from this match,” Gauff said. “She’s the number one player in the world right now, so I know what I need to do to get to that level.”

Osaka next faces Swiss 13th seed Belinda Bencic, who was handed a walkover when Anett Kontaveit withdrew due to illness.

Three-time champion Nadal returned from an extended rest to dispose of 170th-ranked South Korean qualifier Chung Hyeon 6-3, 6-4, 6-2, having benefited from three days off after a walkover.

The Spanish second seed will meet 2014 champion Marin Cilic for a place in the quarter-finals.

“I’m happy to be in the fourth round for one more time. It was a good match,” said Nadal, who quit with injury against Juan Martin del Potro during last year’s semi-final.

“It’s true last year I had some tough matches. You never know what’s better or worse,” he said of his serene progress this week.

“I’ve played quite a few times with Rafa. When you play these top guys you have to come up with your great tennis,” said Cilic.

Andrey Rublev, a 2017 quarter-finalist, beat Nick Kyrgios in three entertaining sets while 13th seed Gael Monfils is the highest-ranked player left in that quarter of the draw after he outlasted Denis Shapovalov in five sets.

The 19-year-old, a winner at Toronto and Indian Wells this season, improved to 30-4 for the year despite missing much of the clay and grass portion with a shoulder injury.

“I think everything is just clicking with me,” said Andreescu, who had never gone beyond round two at a major prior to this tournament.”I’ve been through a lot with injuries and have just taken everything I’ve learned from the past couple of years and brought it into this year.”

American qualifier Taylor Townsend continued her surprise run after reaching the last 16 for the first time at a Slam. Townsend, ranked 116th, followed up her shock win over reigning Wimbledon champion Simona Halep by beating another Romanian, Sorana Cirstea, 7-5, 6-2. 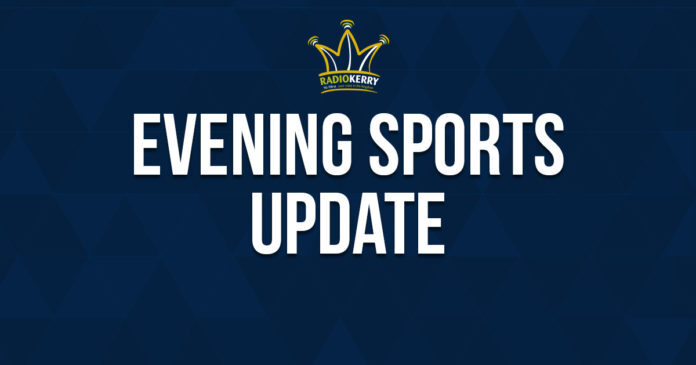