‘Did you borrow those trainers from Infantino?!’: Alan Shearer mocks Gary Lineker’s footwear after Twitter post, with the BBC duo having joked about FIFA president’s shoes during the World Cup

Alan Shearer has joked that Gary Lineker had borrowed ‘Gianni Infantino’s trainers’ after the pair had questioned the FIFA President’s choice of footwear for the World Cup presentation in Qatar.

The former England forwards returned home from the Gulf nation after Sunday’s final between Argentina and France, with Lineker hosting the BBC‘s coverage.

Lineker posted a video on Twitter of him being reunited with his dog, with Shearer commenting on his white pair of trainers. 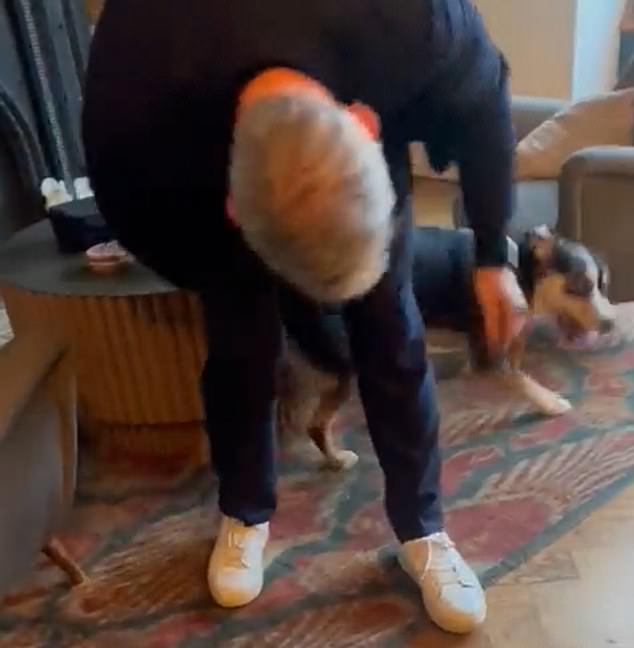 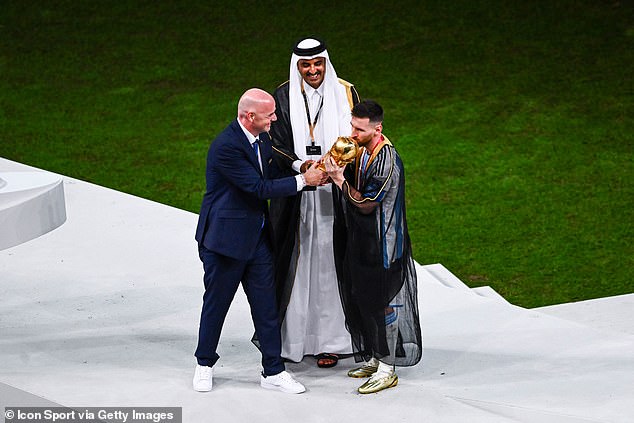 ‘Did you borrow those trainers from Infantino!!’ wrote Shearer, who had worked alongside Lineker as a pundit in Qatar.

Lineker responded to the joke with two laughing emojis.

Lineker and Shearer had commented on Infantino’s white trainers as the FIFA President walked onto the pitch at the Lusail Stadium in Doha, following Argentina’s 4-2 win on penalties against holders France.

‘Here come the dignitaries,’ Lineker said. ‘Gianni Infantino there leading them out for the ceremony where they will give out the Golden Ball, the Golden Glove, the young player award so we have got a little time. 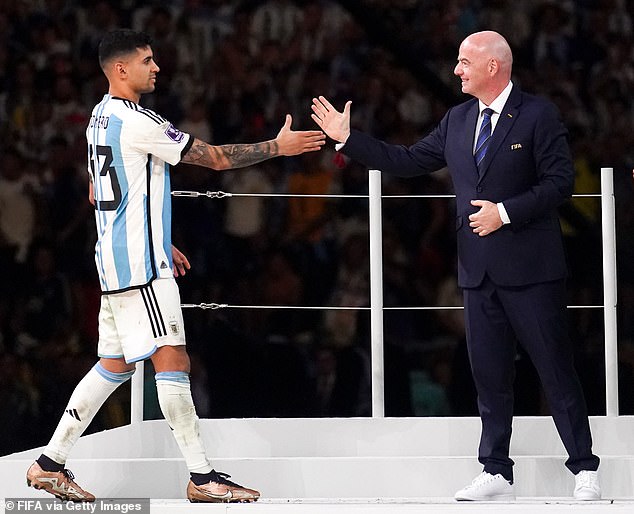 The BBC presenter then quipped ‘Interesting choice of trainers there from Gianni Infantino’, prompting Shearer to ask ‘How old is he?’.

Infantino, 52, had been seen sporting the white trainers while wearing his FIFA suit.

The Adidas trainers were emblazoned with the FIFA logo.

Infantino handed over the World Cup trophy to Argentine superstar Lionel Messi, with the captain ending his wait to secure the prize.

The 35-year-old had scored twice in the dramatic final against France, which ended 3-3 after extra-time.

Kylian Mbappe scored a hat-trick for France, but the forward’s efforts were not enough to prevent Argentina from winning the World Cup for a third time.

The South Americans triumphed 4-2 on penalties to claim the trophy for the first time in 36 years. 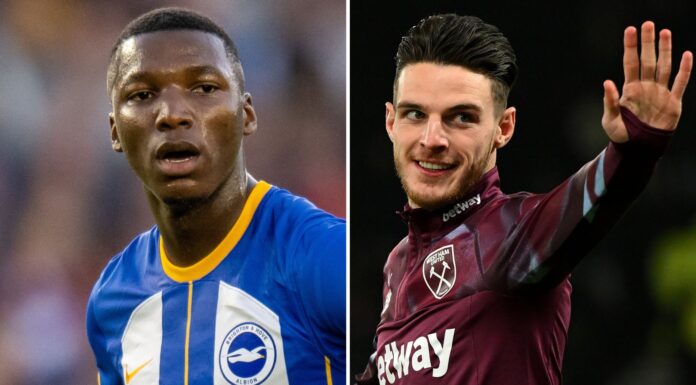