BAYERN MUNICH remain on course to win a historic sextuple after they beat Al Ahly 2-0 in the Club World Cup semi-final.

Robert Lewandowski proved to be the difference at the Ahmed bin Ali Stadium as he found the back of the net in either half to bring up 29 goals for the season.

The 32-year-old – who has now scored the third amount of goals in club international competitions – broke the deadlock in the 18th minute in Qatar.

Lewandowski scored from close range after being found by Serge Gnabry, with the Poland international taking a touch before calmly slotting home.

And he made sure Bayern secured their place in Thursday’s final after heading home in the 85th minute.

The former Borussia Dortmund marksman got on the end of Leroy Sane’s floated cross to seal the victory for the Bavarian giants.

They will now face Tigres after the Mexican outfit beat Copa Libertadores champions Palmeiras 1-0 on Sunday.

Bayern are aiming to become just the second team to win the sextuple as they look to equal Barcelona’s stunning feat in 2009.

And they have added the German Super Cup and Uefa Super Cup to their trophy collection this campaign.

The six-time European Cup winners came close to winning the sextuple in 2013, winning all trophies that calendar year except the German Super Cup after being defeated by Dortmund.

Lewandowksi may take all the credit for Bayern’s triumphs, but boss Hansi Flick has turned the club into a European powerhouse after taking charge in November 2019.

He took the reigns at the Allianz Arena when the club were in fourth place as they flattered to deceive under Niko Kovac.

Since his appointment, Flick has lost just four games out of 68 matches – winning an incredible 58 of them. 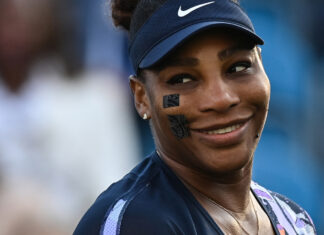