A month after Hurricane Dorian destroyed houses and livelihoods, Steven Gardiner said he was hopeful his world championship victory could bring a little happiness to the Bahamas.

Gardiner’s family home on the Abaco islands was one of many damaged in the Sept. 1 hurricane. His win in the 400 meters on Oct. 4 prompted a stream of messages from his family and friends still rebuilding their lives there.

“Hurricane Dorian was very devastating for my family and my island. I just wanted to go out there and do my best,” he said.

“My friends and my family, I got messages from all over. They just want me to go out there and perform but I wanted to do a little bit more. I had to fight and I was able to bring home a medal for my country.”

It looked as if the Bahamas’ chance for gold had gone when favorite Shaunae Miller-Uibo, who said she’s donated $25,000 to hurricane-hit churches, was beaten into silver Oct. 3 in the women’s 400 despite setting a North American record.

Gardiner missed Miller-Uibo’s race by falling asleep early Oct. 3, but watched it on replay at 5 a.m. Both he and Miller-Uibo live in the United States, so they missed the hurricane, but family members were devastated.

Gardiner stepped up to bring the Bahamas gold, smashing his personal best to win in 43.48 seconds, more than half a second clear of Colombian Anthony Zambrano. After taking the win, he took off his shoes, wrapped himself in the Bahamian flag and lay down for a moment of contemplation amid the mayhem. 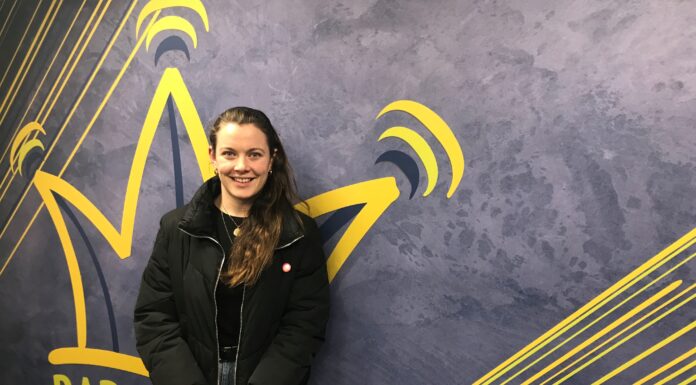