In a heartbreaking second, he was gone. He fought hard. He fought to win at everything he did. “And this morning, Dr. Stan McKenzie won his final game,” said the Right Rev. Vashti McKenzie, newly retired bishop of the AME Church.

“The Lord called his name and he answered,” is the way she bravely announced the departure of her dear husband from “this side of glory.”

With no public knowledge of his illness, attendees at the recent 51st Quadrennial Session of the General Conference of the AME Church could not help but notice Dr. Stan’s absence. And Bishop McKenzie acknowledged it was indeed the first time she’d had to preach in such a venue without his being present.

“To my spouse, Supervisor Stan McKenzie, who is with me in spirit and who is watching online. It’s the first time in 41 years he’s not sitting in front of me cheering me on, but yet he’s cheering me on from where he is. He is the solid rock for me so that the butterfly always has a place to land.”

Dr. Stan distinguished himself as the first male Episcopal Supervisor for the 21 years his wife of years served as bishop after rising to a position that had never been filled by a woman.

But Dr. Stan had a story of his own. Born in 1944, the 6’5” athlete ascended from college basketball at New York University to the NBA, drafted in 1966. His journey began with the Baltimore Bullets 1967 and culminated with the Houston Rockets in 1974. He apparently still holds the NBA record in free throws and was inducted into NYU’s Hall of Fame.

He studied international law at the University of Perugia in Italy and his varied collection of awards includes the Jesse Owens Lifetime Achievement Award from Alpha Phi Alpha Fraternity, Inc.

In addition to his work in Human Resources and personnel services, he lent his managerial skills to numerous corporations.

Information on arrangements will be forthcoming as released.

WORLD CUP 2022 LIVE: Germany and Spain both in action while Croatia and Belgium face off 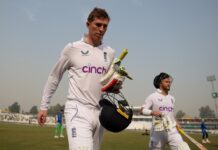 How to watch England vs Pakistan: TV channel and online live stream for Test match series 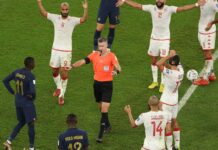 WORLD CUP 2022 LIVE: Germany and Spain both in action while Croatia and Belgium face off

How to watch England vs Pakistan: TV channel and online live stream for Test match series

WORLD CUP 2022 LIVE: Germany and Spain both in action while Croatia and Belgium...

How to watch England vs Pakistan: TV channel and online live stream for Test...